The Writingplace journal marks a next step in the exploration of the relationship between architecture and literature by the Writingplace collective: an explorative journey that started in 2011.

The topic of the journal’s first issue, Literary Methods in Architectural Education, derived from our observation that many of the contributors to the 2013 Writingplace conference shared a particular practice: that of architectural education. Realizing that many scholars interested in the crossovers between architecture and literature find room to experiment, particularly in the environment of seminars and studios, we decided to dedicate the first issue of the Writingplace journal to this topic, in the hope of creating an international dialogue upon the topic of architecture and literature within the space of architectural education.

The contribution, Lighthouse: Dwelling on a Remote Island, I wrote in collaboration with Katrin Recker can be found here/

The entire online publication can be found here/ 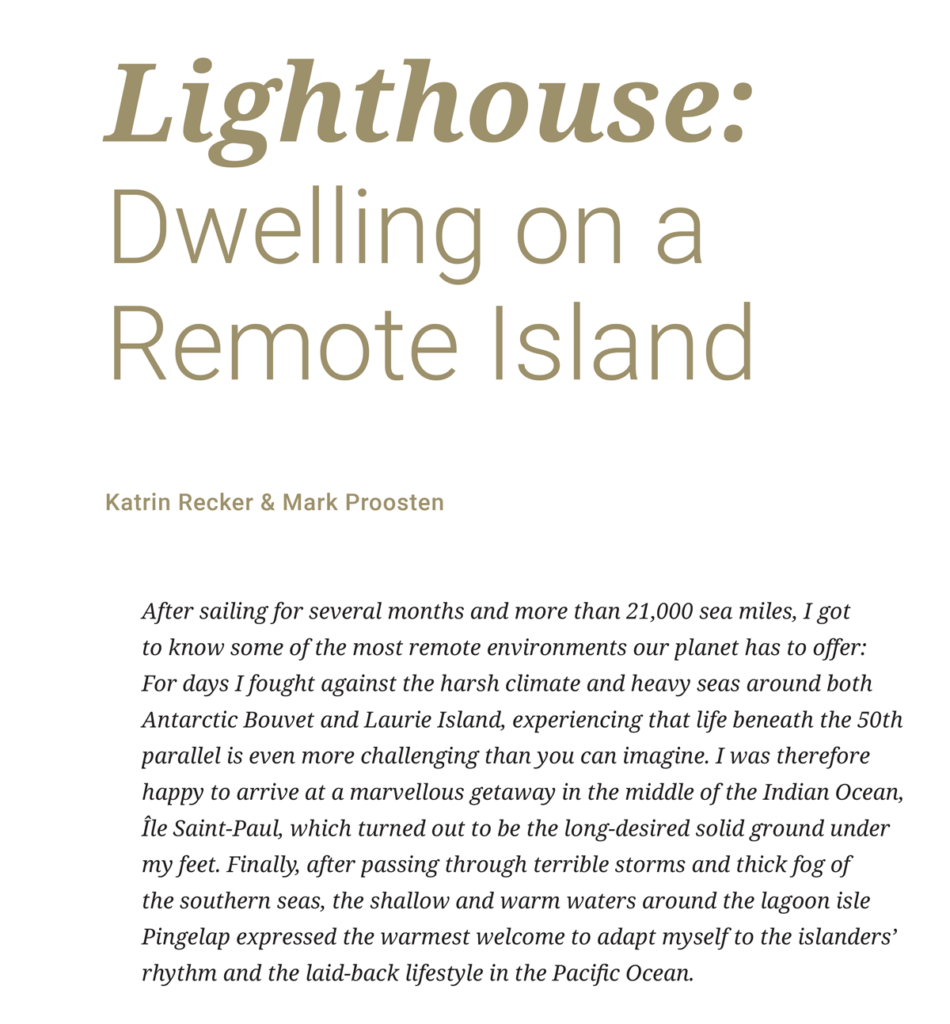