As a young and growing family, we were given the opportunity to transform this dwelling, a so called ‘officials-house’, into our own home. 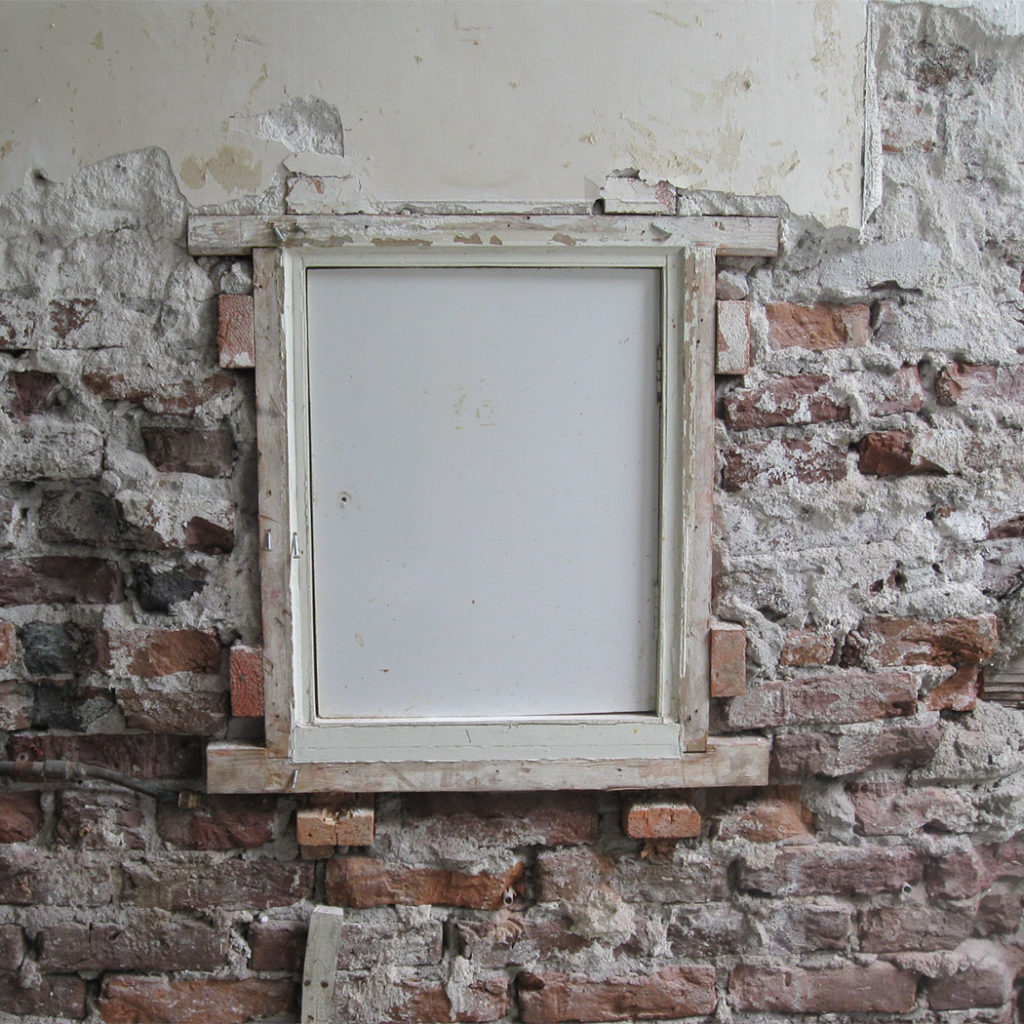 The house was originally designed by the architects V. Marres and W. Sandhövel in 1920 – 21 and it is one out of the 40 dwellings that mark the ‘Carré’ building block east of Maastricht’s central train station. Adjacent to the ‘Carré’, there are 26 similar houses that are, together with the other 40, national monuments of the rental association ‘Woningzorg’. Divided over several building types, these houses are of significant cultural and historical value, marking the early 20th century extension of the city while expressing the social, economic and typological development of dwelling within Maastricht.

The dwelling itself is characterised by the clear and simple arrangement of the rooms, the large and historical windows, the expressive features within the brick patterns of the facade and the massive roof that is covered with orange ‘Tuiles du Nord’ roof tiles.

Ninety years of dwelling by the previous owner left its traces on the house. The rental association gave us the opportunity to be involved in the renovation of the house, while maintaining its existing historical framework. The original room division between salon and ‘ensuite’ was already demolished, resulting in one large living room with direct access to the terrace at the back of the house.

In our search for the right atmosphere and character of the dwelling we combined both contemporary materials and timeless design features within the existing historical framework. The kitchen, bathroom and toilet received the same finish: a combination of the locally produced MOSA ceramic tiles and a vinyl woven carpet by BOLON. All the distinctive light switches have been replaced by a timeless duroplast design. And the furniture and fixture are a combination of 20th century design classics and self-designed cabinets and spatial solutions.

Because of its size and our still growing family the house remains the experimental ground to test and develop new ideas of dwelling and new approaches in design. 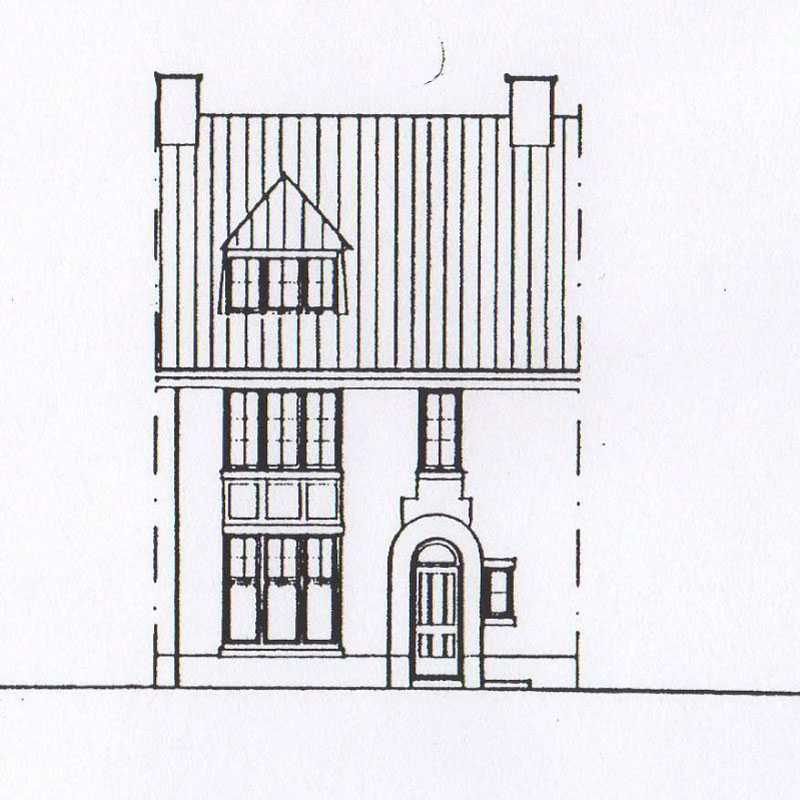 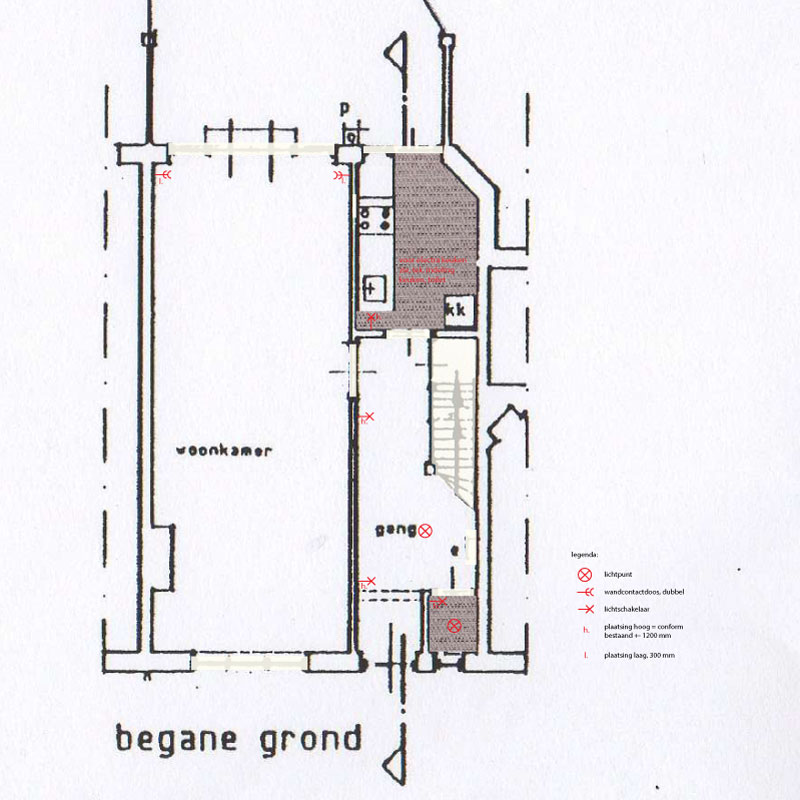 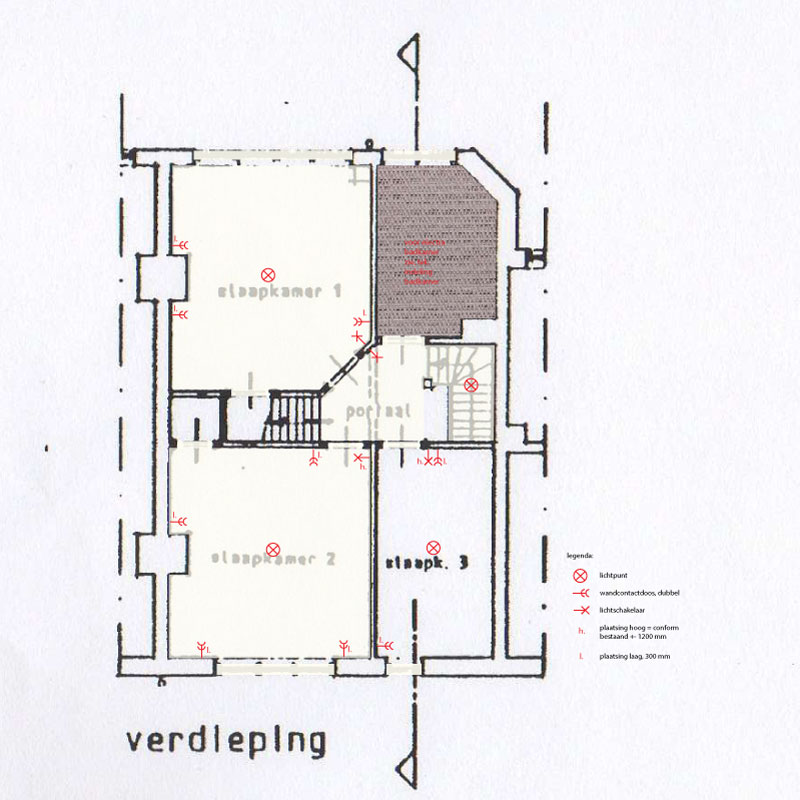 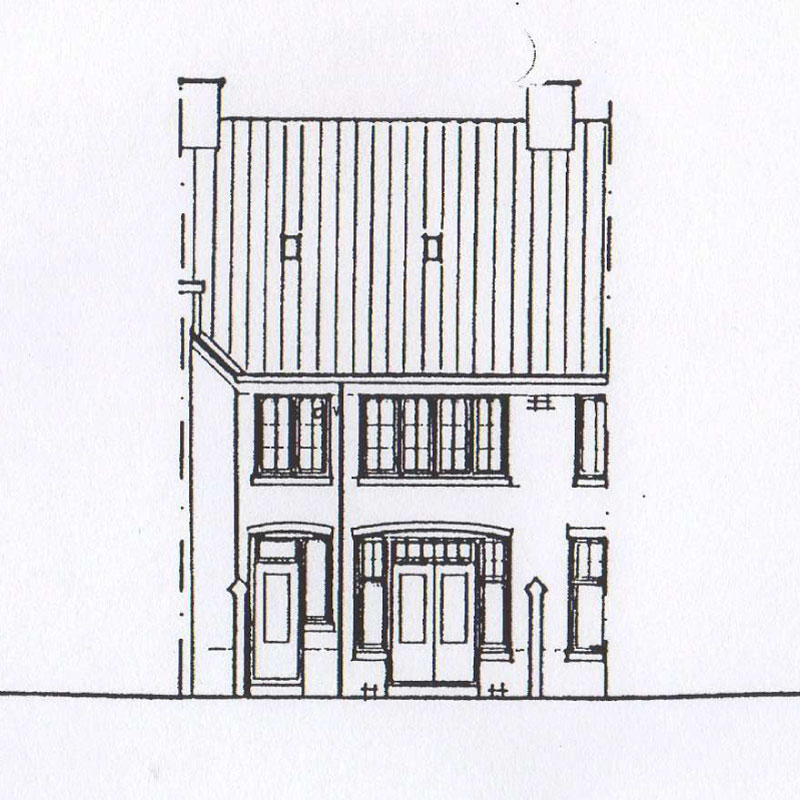 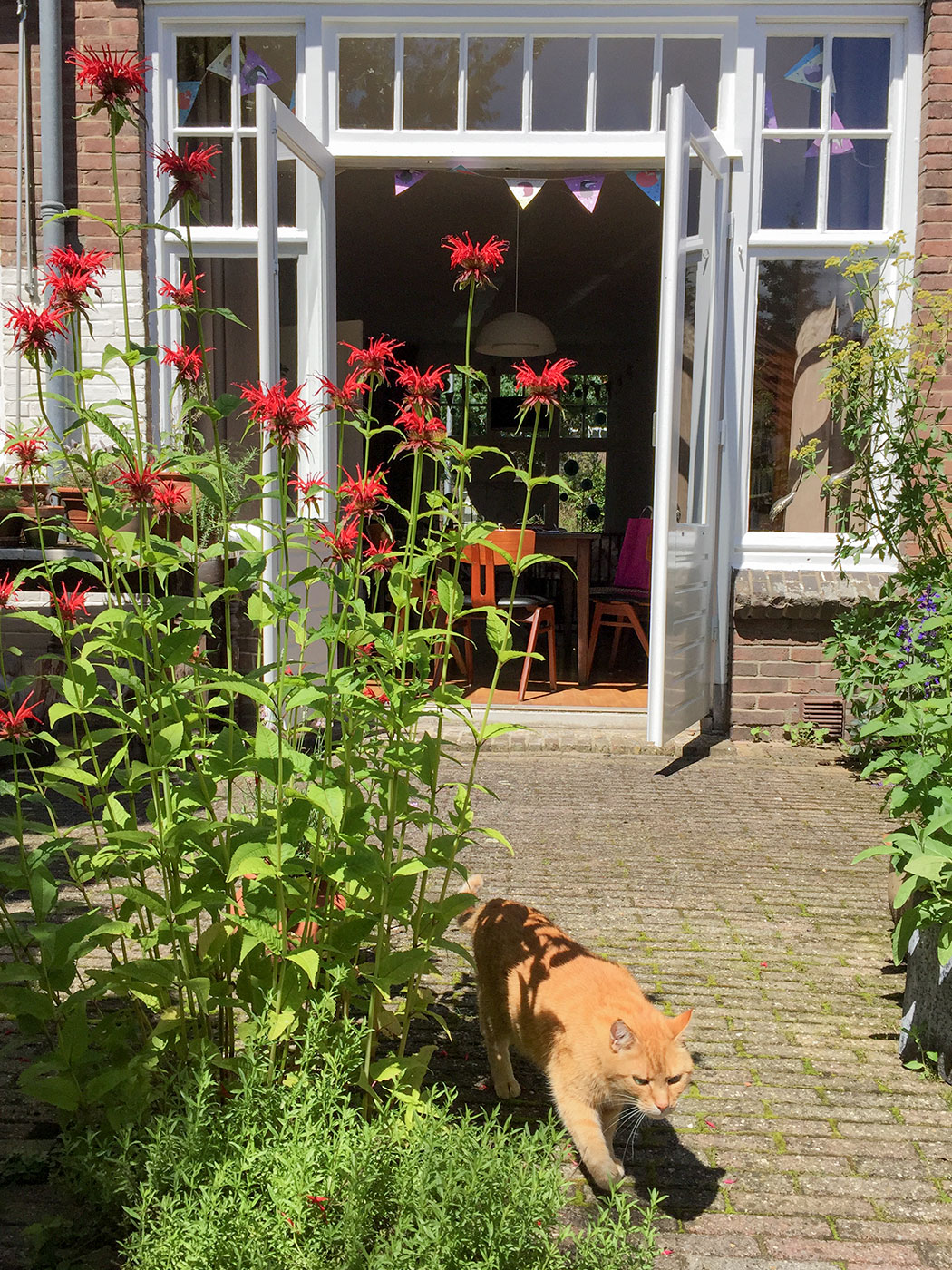 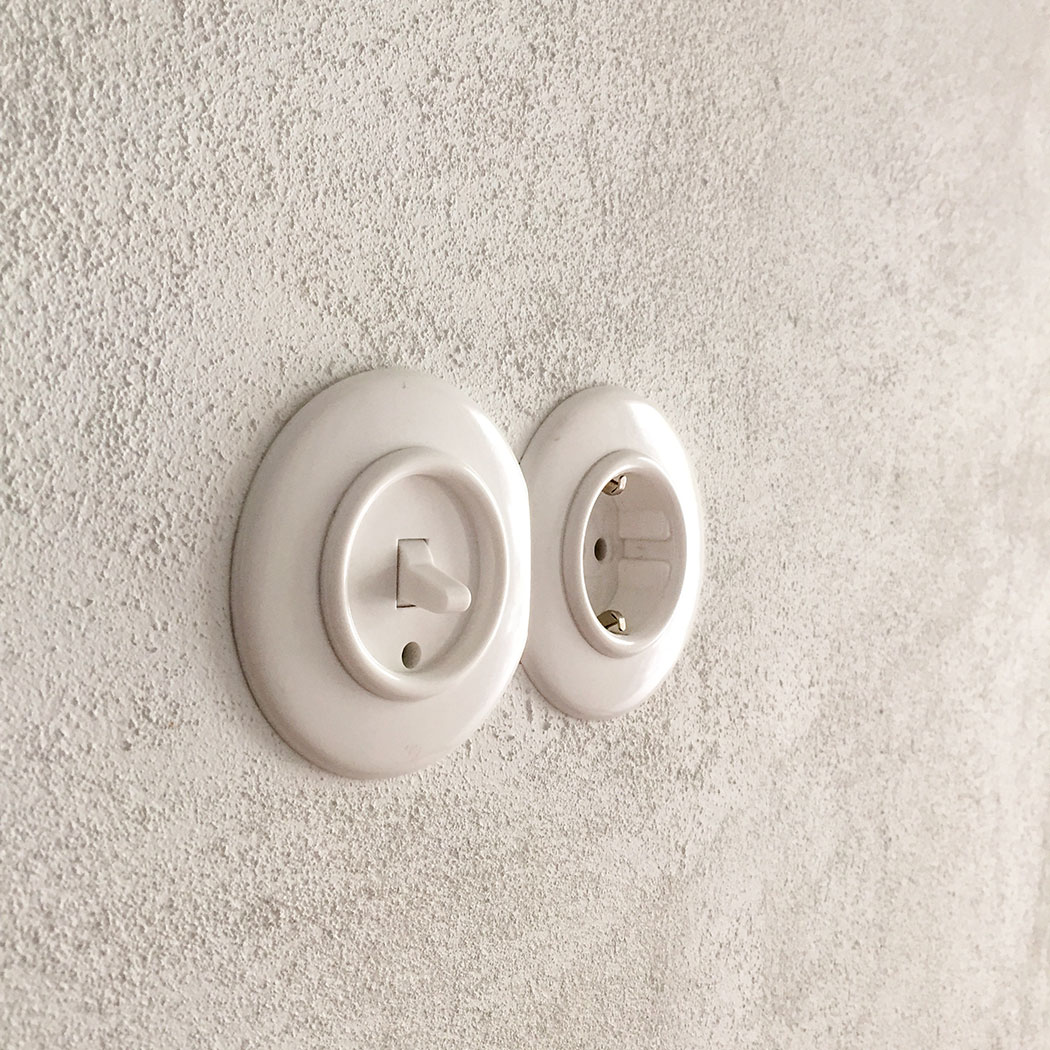 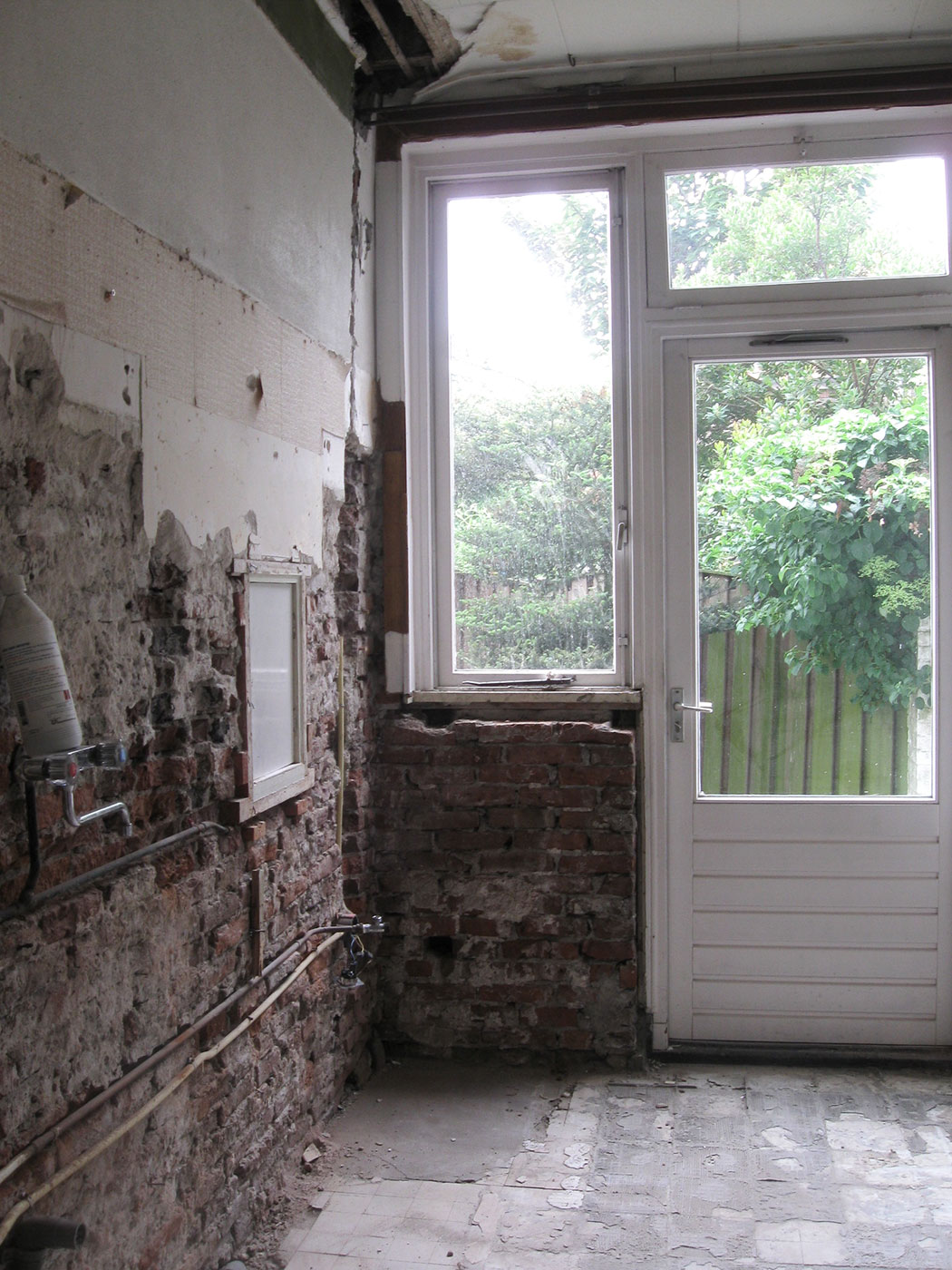 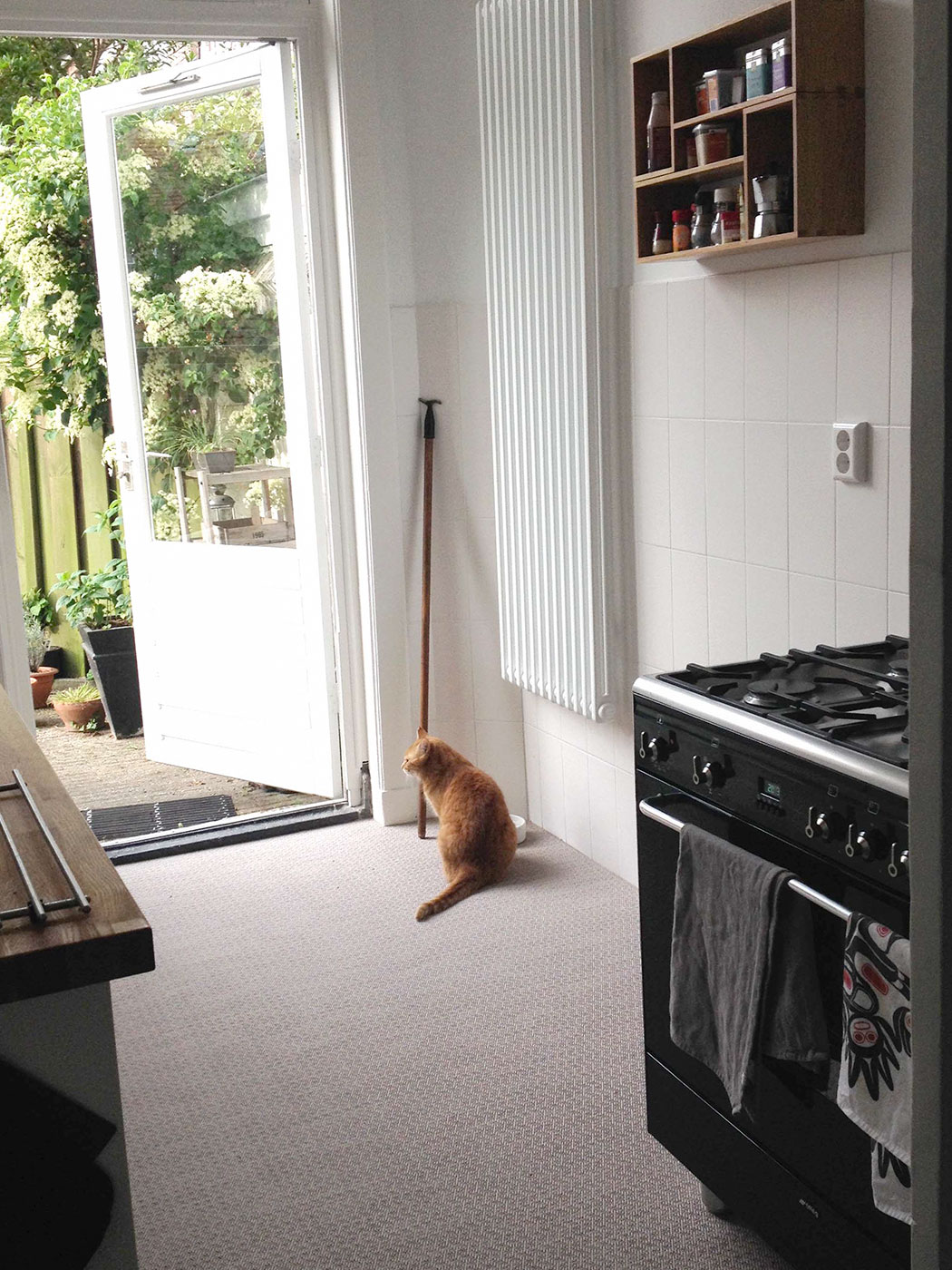 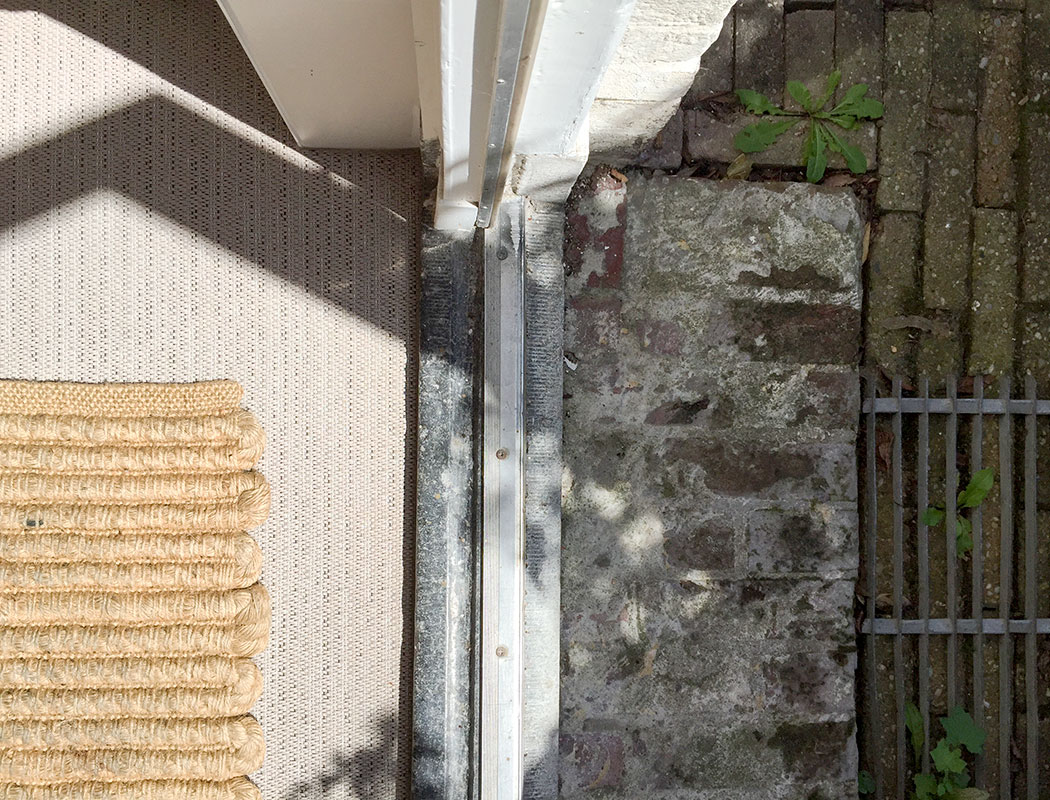 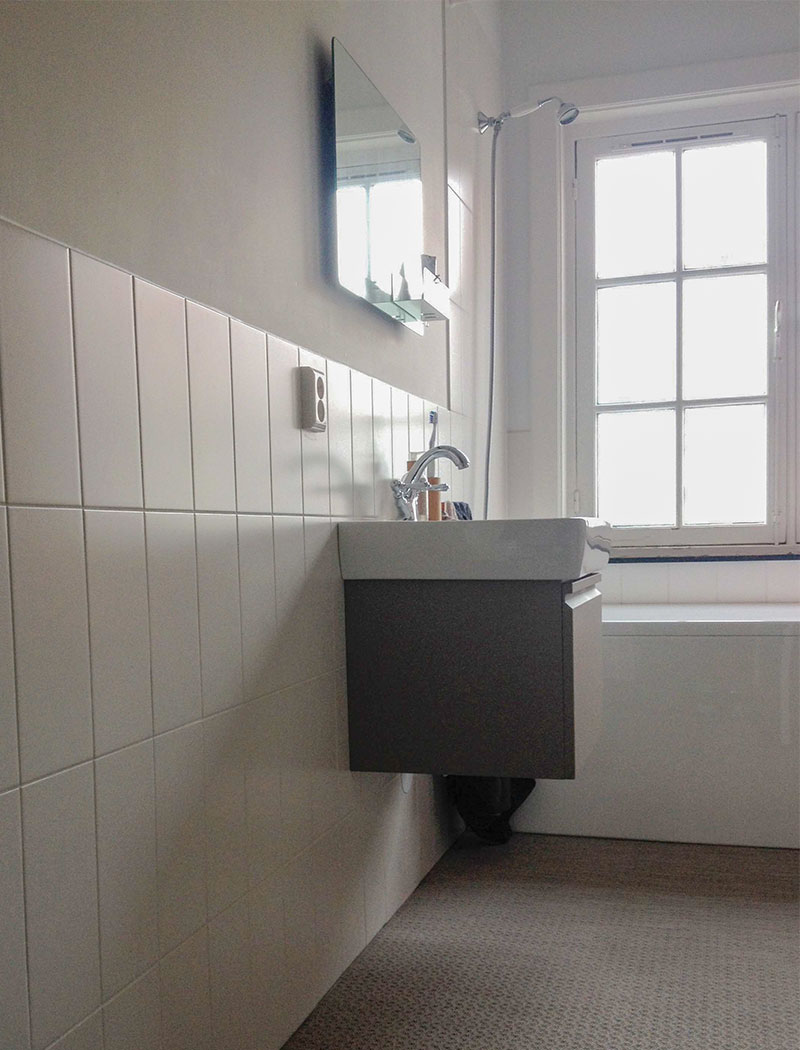 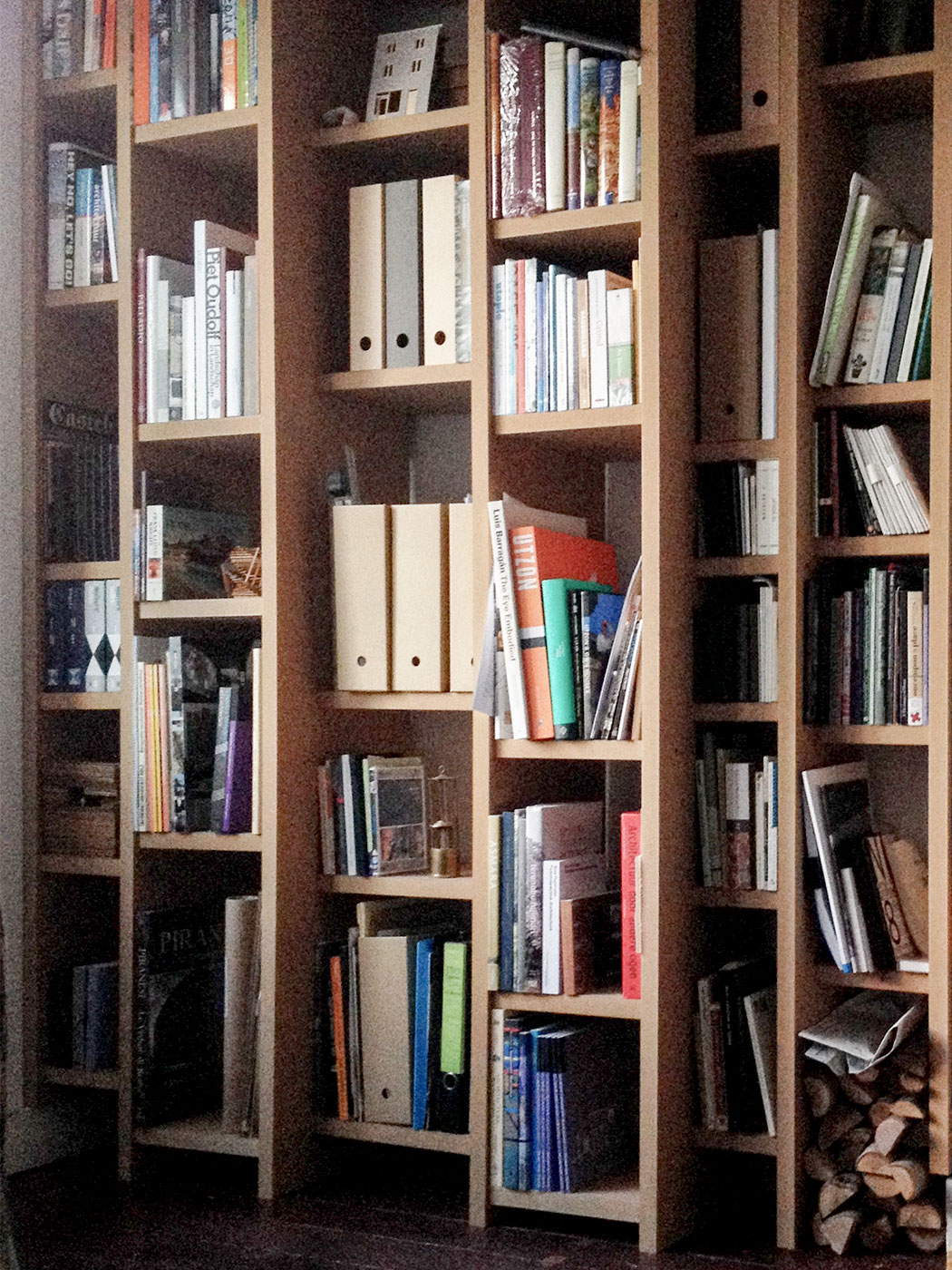