For a young family we transformed their double duplex row houses into a single family house with a separate office space for the father. 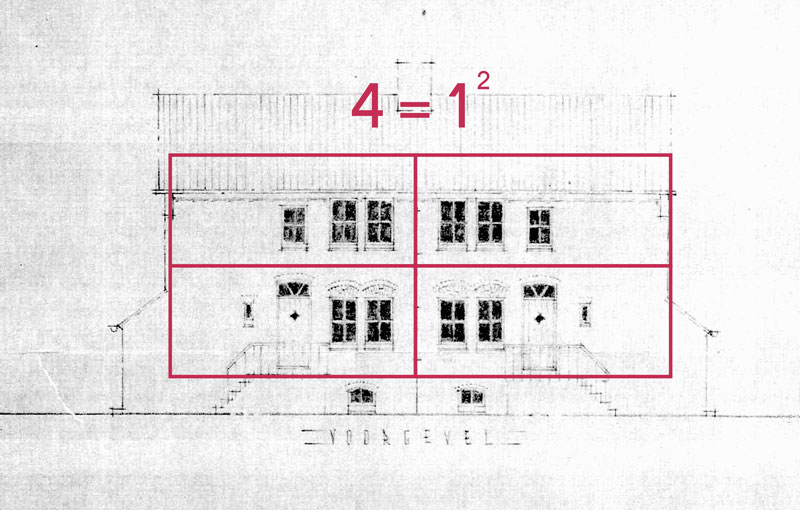 This double idiosyncratic dwelling type is one of the latest projects designed by Jos Wielders. Wielders, a local hero in the south of Limburg and Sittard in particular, was an architect that worked in first half of the 20th century on a variety of projects that range from catholic churches and schools, to a cinema, a landmark water tower and many residential projects. His talent and signature style could best be described as a local and catholic interpretation of the so-called ‘Amsterdam Style’.

It is exactly the Wielders style found in the brickwork ornamentations that characterise these eight double duplex row houses. Build during the reconstruction after the Second World War in 1948 when there was hardly any money available, they are a rare and unique rich design for social housing. The original drawings show an intelligent and economic organisation of the two dwelling units above each other. With two entrances, one in the front elevation and the other on the side he was able to minimise traffic space and to optimise the living areas.

The family had already turned one of the duplex houses into their individual dwelling, and while searching for a bigger house the adjoining house came available. Instead of moving to another house, they decided to buy the property next door and to turn the original four housing units into one family dwelling with a separate office space.

Since they already lived in one of the houses, the most upsetting design proposal was not to tear down walls and excavate floors, but to move the core of their dwelling into the neighbouring volume. Because of the more authentic staircase and better orientation towards the setting sun, their original kitchen became the office space and the old stairs was turned into the new bathroom on the first floor.

We kept the front facade as original as possible and opened up the backside towards the garden. Since the basement was built under the entire house, a height difference between garden and living room is solved by adding a large terrace on the back of the house. This terrace extents the living room and kitchen into the garden, creating a better connection between inside an outside. 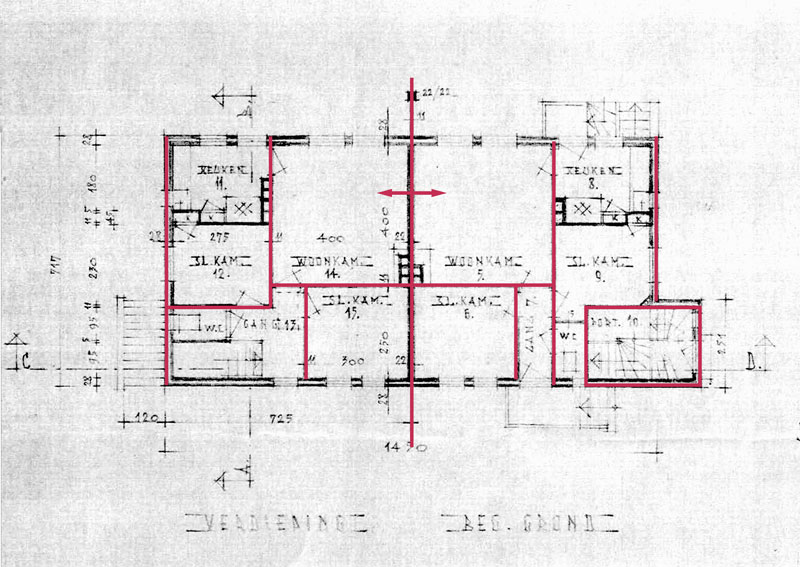 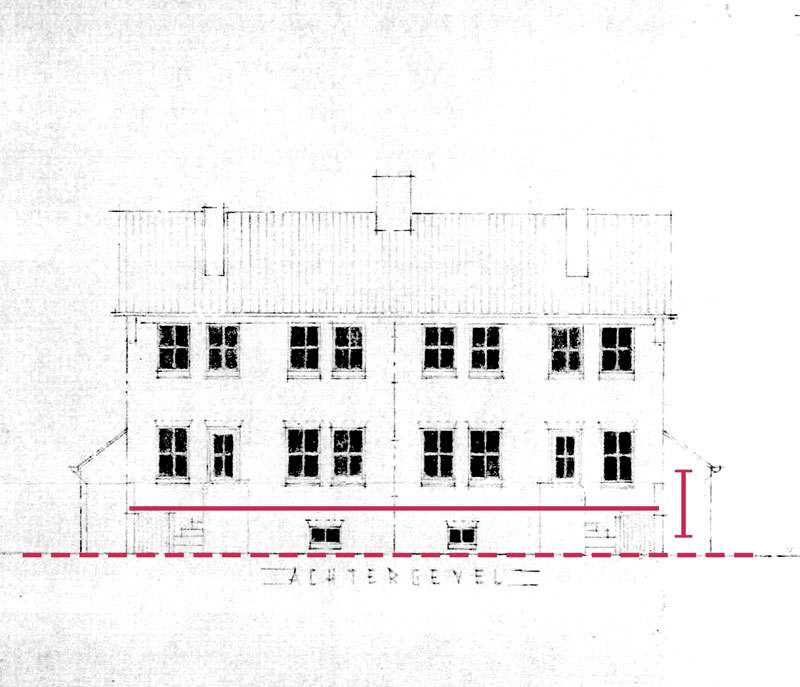 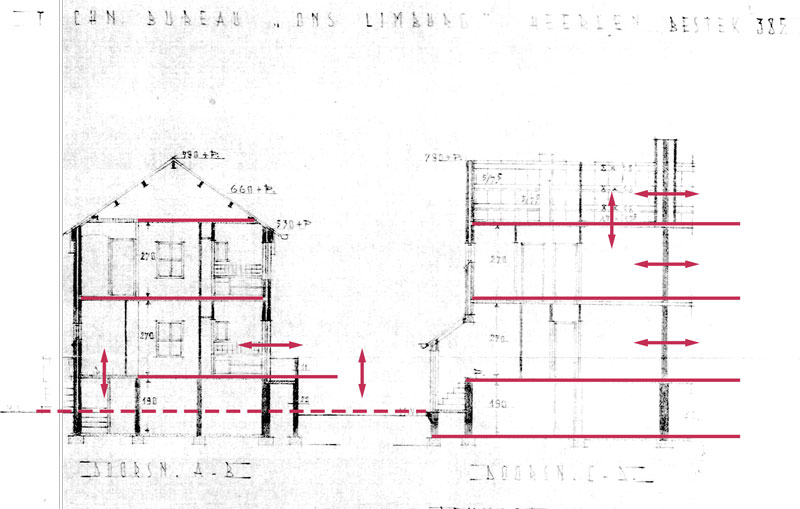 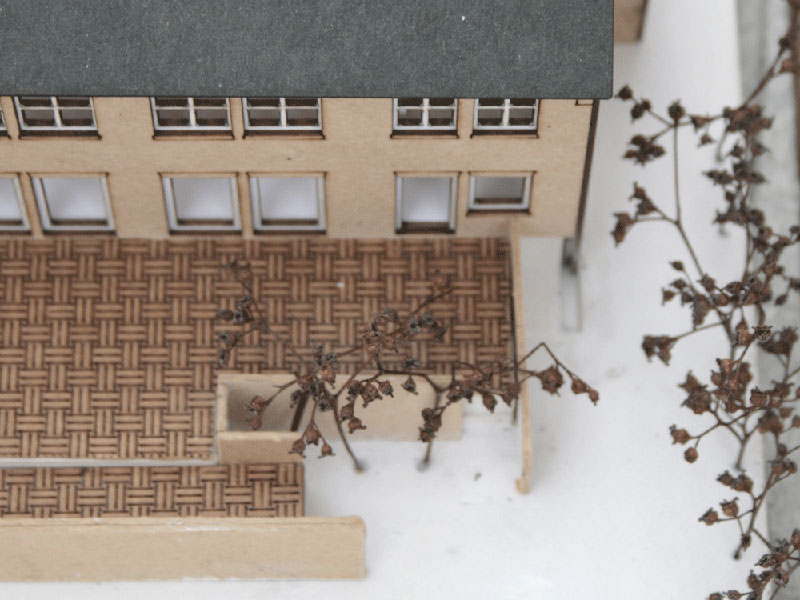 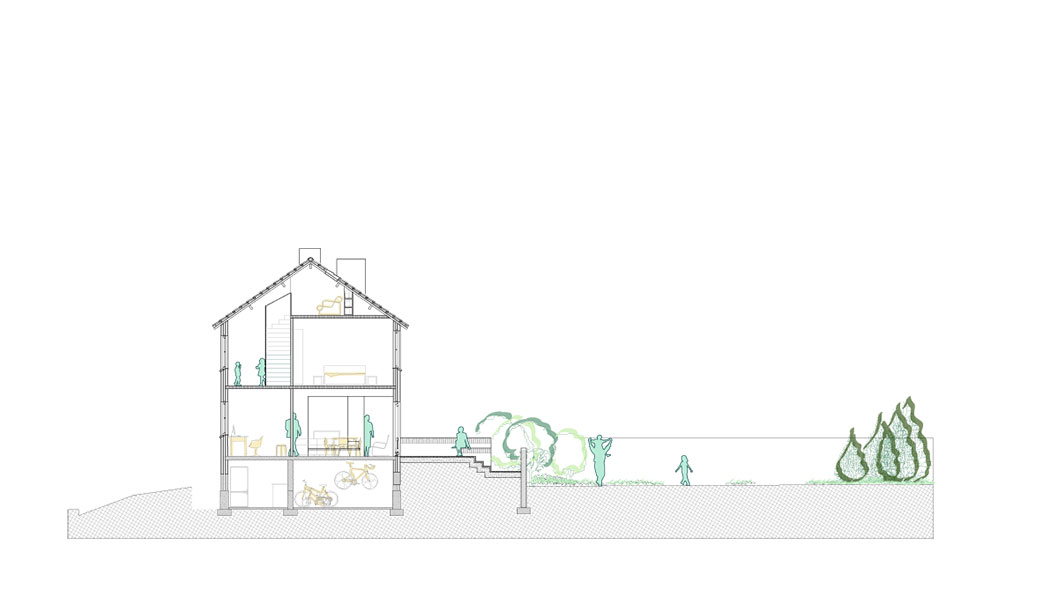 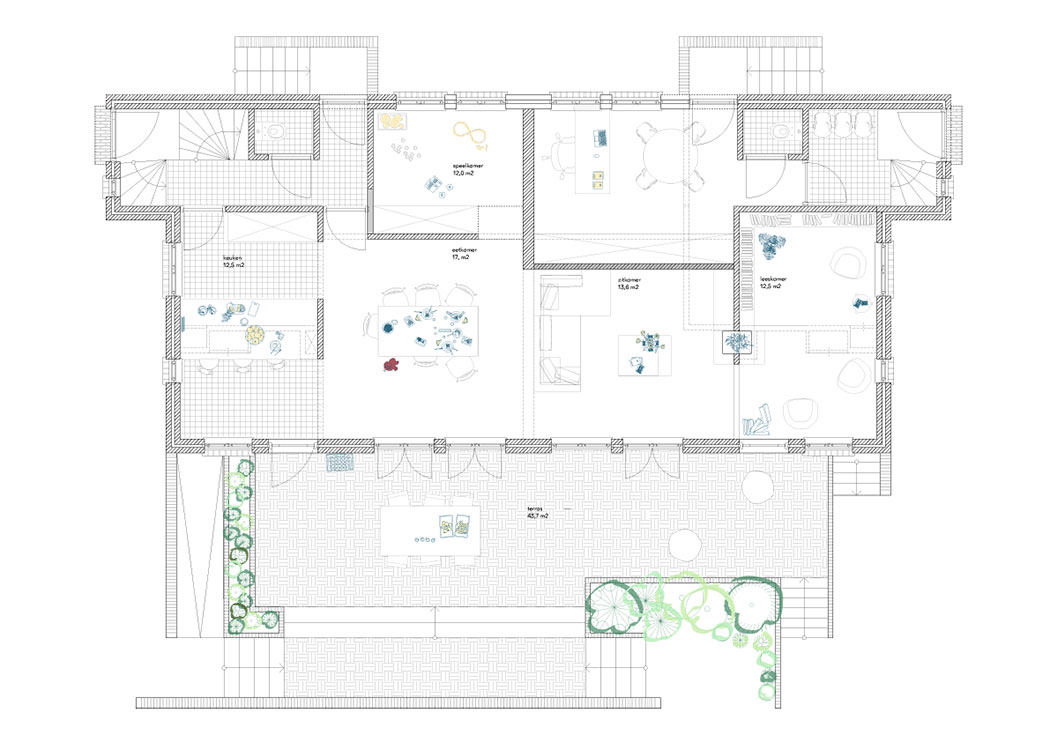 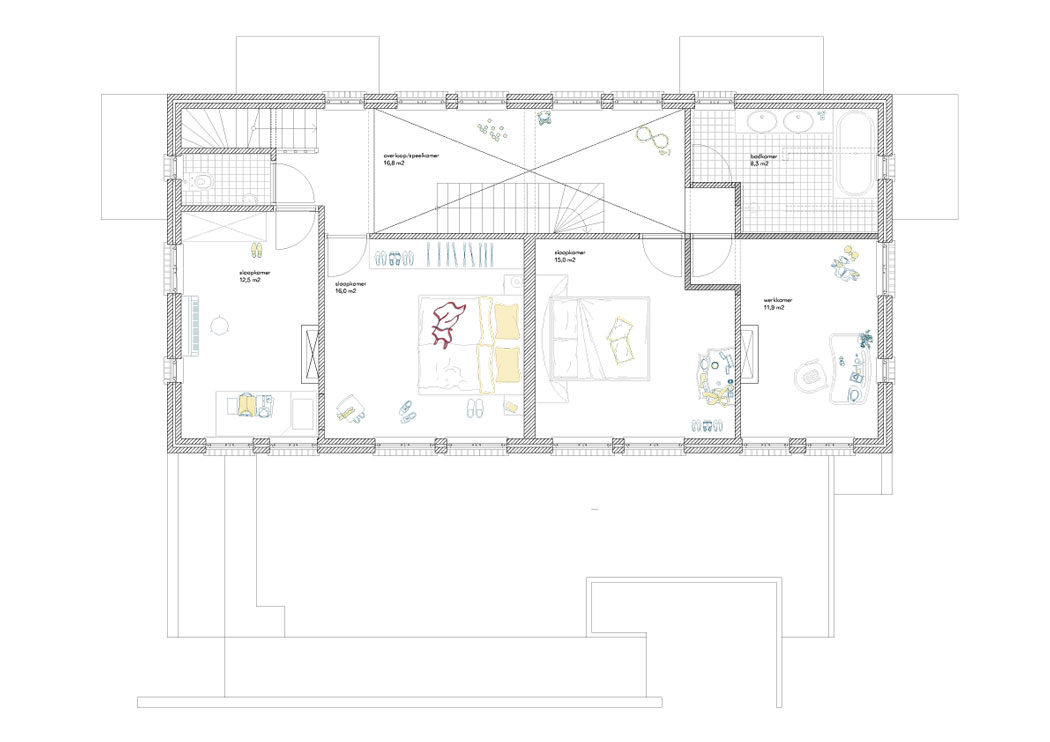