The design of a new facade for the corner house that was originally built for my grandfather, is marked by the brief to solve a technical problem. Previously, a cheaper stone was used for the original outer wall of the house, one that was poorly constructed and did not regulate moist in a proper way. Despite earlier adjustments like plaster mortar and a paint job, it was time to find a more sustainable solution for the facade of the house while at the same time updating its appearance.

Instead of demolishing the stuco or the entire outer wall we decided to cover it completely with a building system that is a combination of an insolation board with brick slips, named E-BOARD. Together with the supplier of this system, Vandersanden, we designed a specific scheme with important details to solve both the technical and aesthetic boundary conditions.

The thickness of the insolation board was determined by the two so called ‘flower-windows’ in the living room. These window frames where originally pushed out of the outer wall, but would now come in line with the new brick slips. Since the other original windows would otherwise get a very deep jamb, we decided to place wooden boards in the sides of the window openings, creating a new type of ‘window frame’.

Since the house is semi-detached and situated at a corner plot, the wrapping of the facade became a composition over all four elevations. In response to the characterising elements such as the chimney and the existing windows, the design became a play between vertical and horizontally placed brick slips. In this composition, the corners received special attention and the entire orientation of the facade changed from horizontal to vertical.

The combination of the light bricks with the brightly coloured joints give room to the haptic and tactile qualities of the utilised materials and finishing. The wooden boards in the combination with the dark brown window frames and weather cornices changed the character of the house from traditional to contemporary. 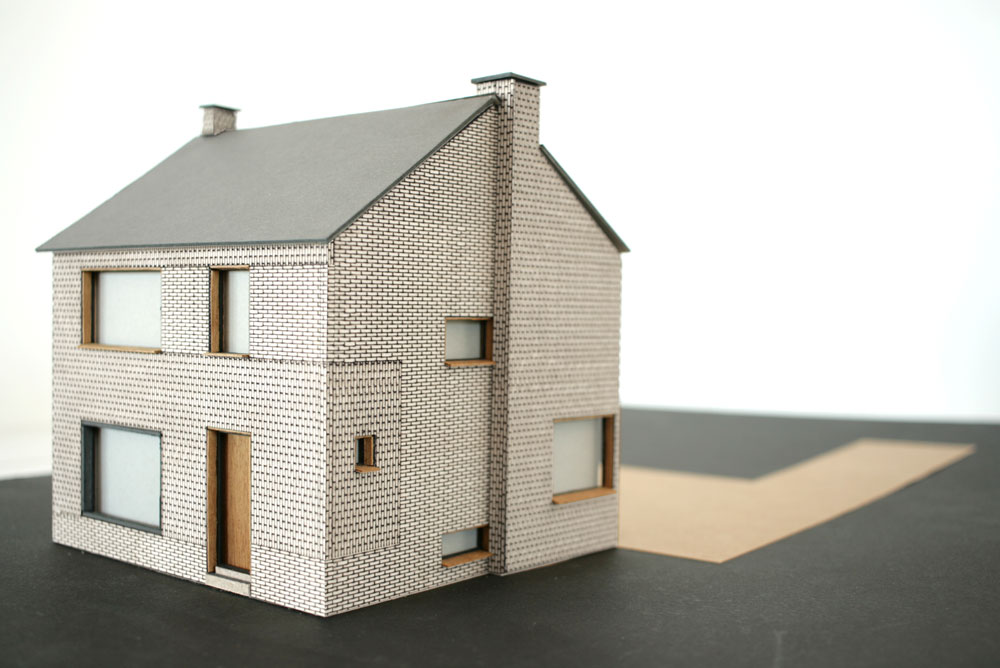 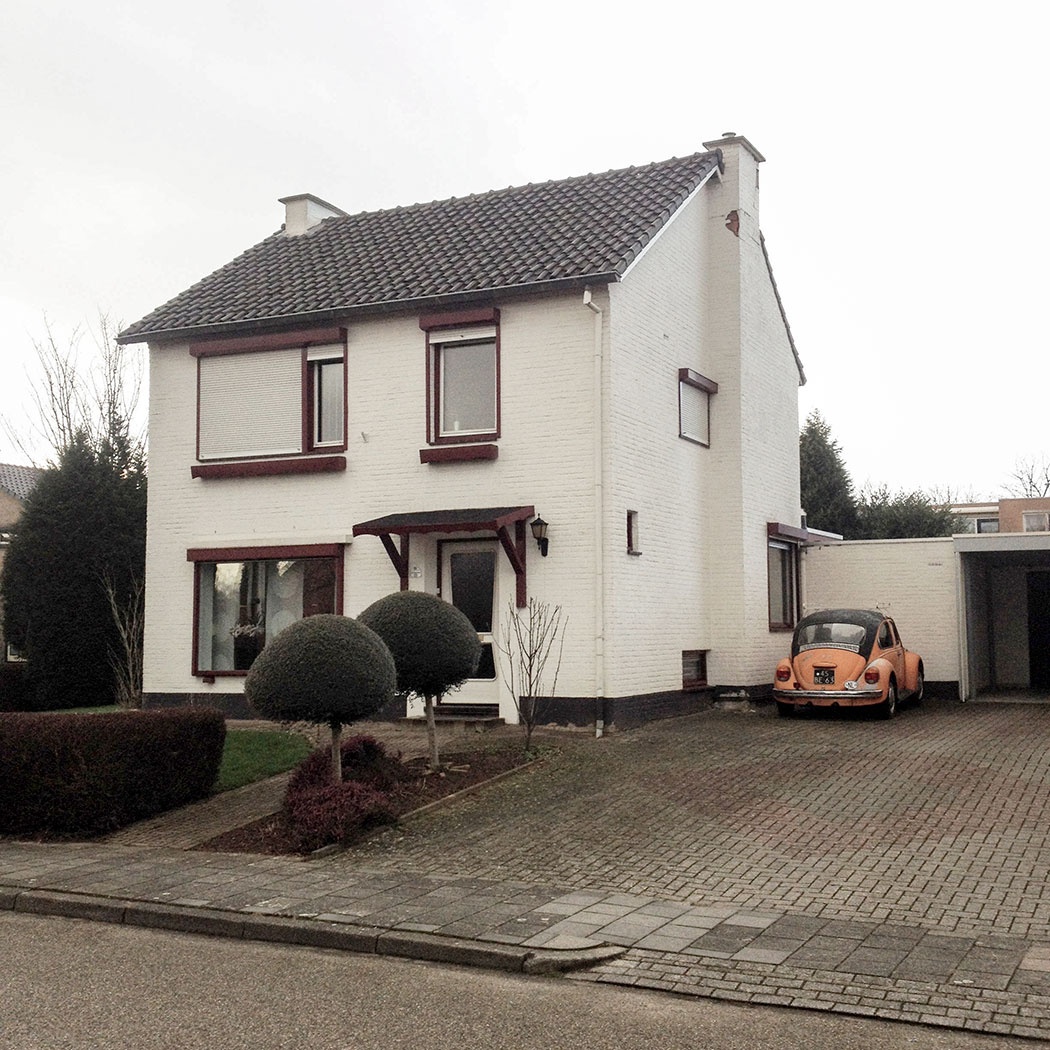 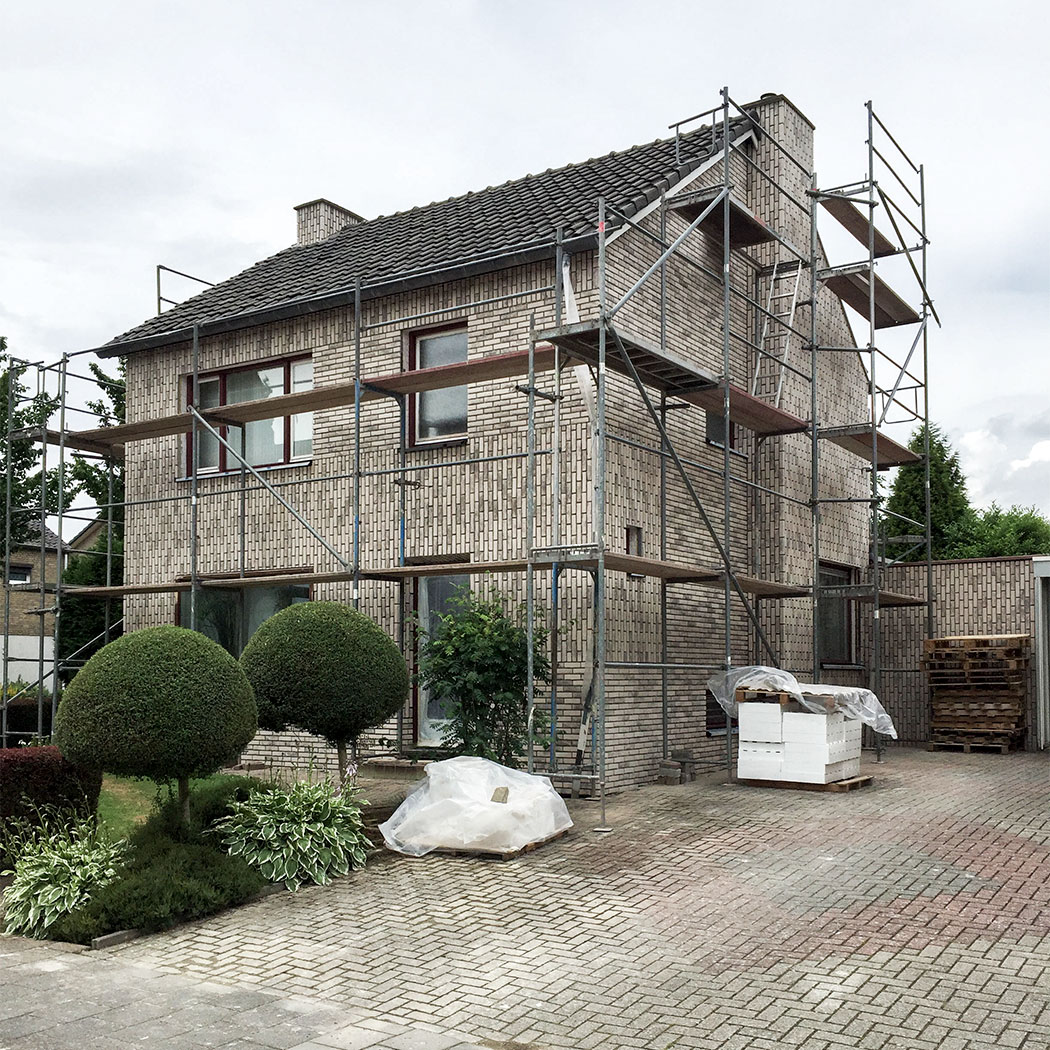 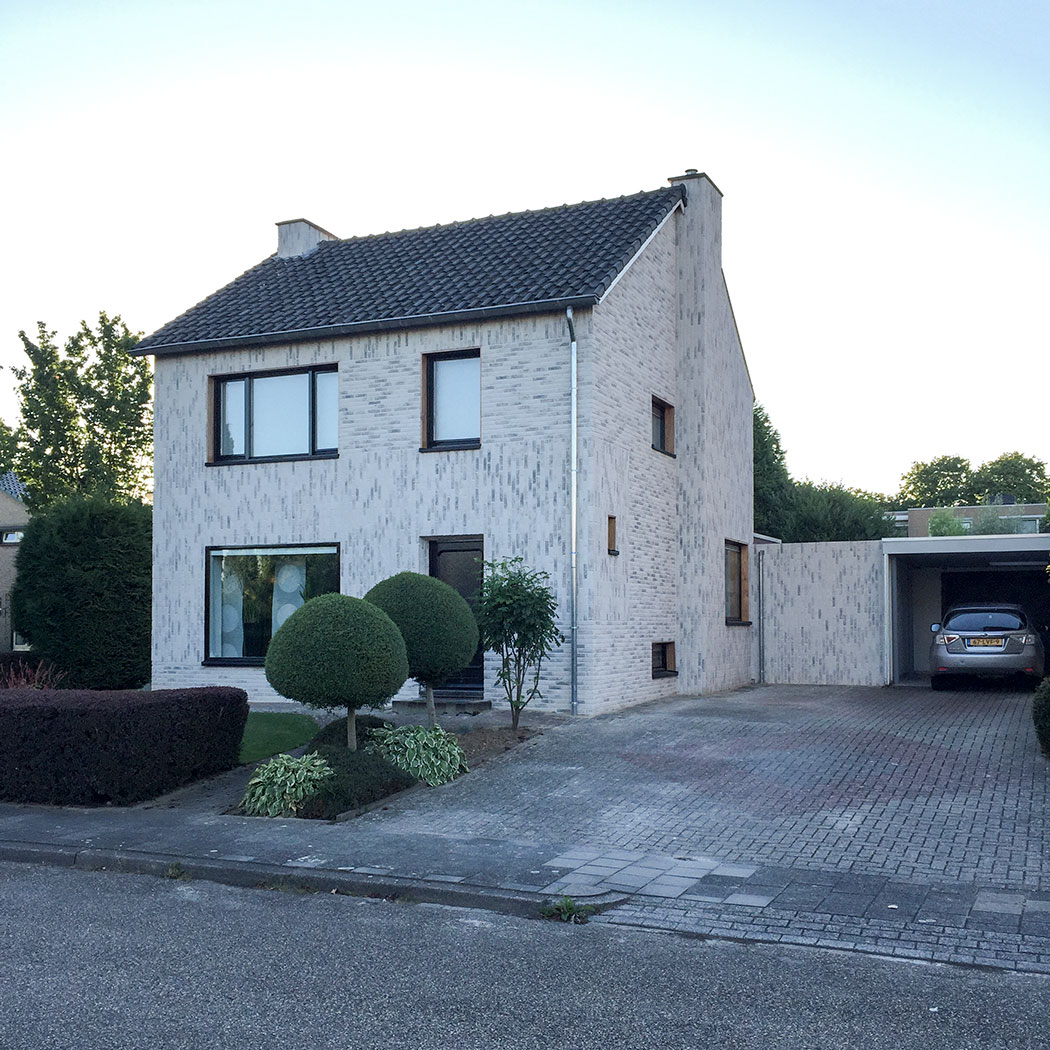 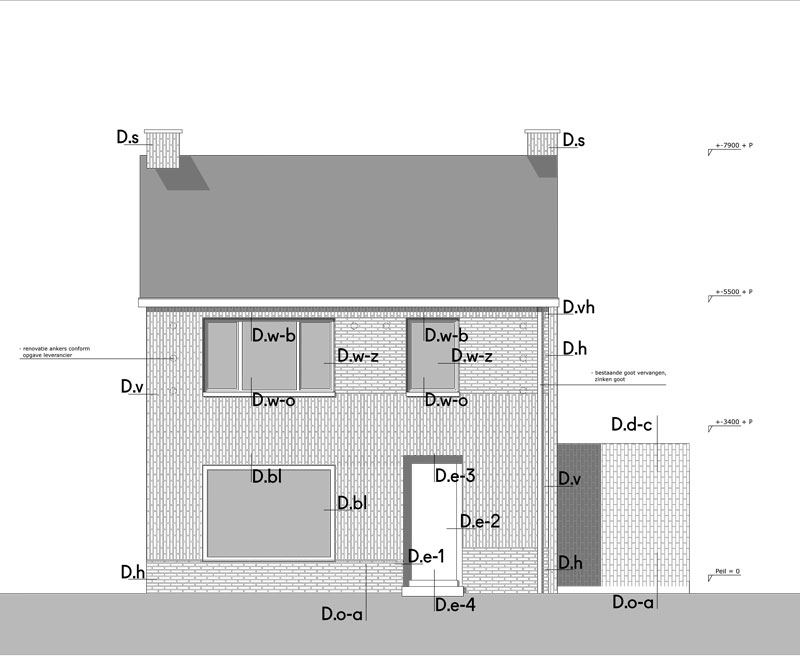 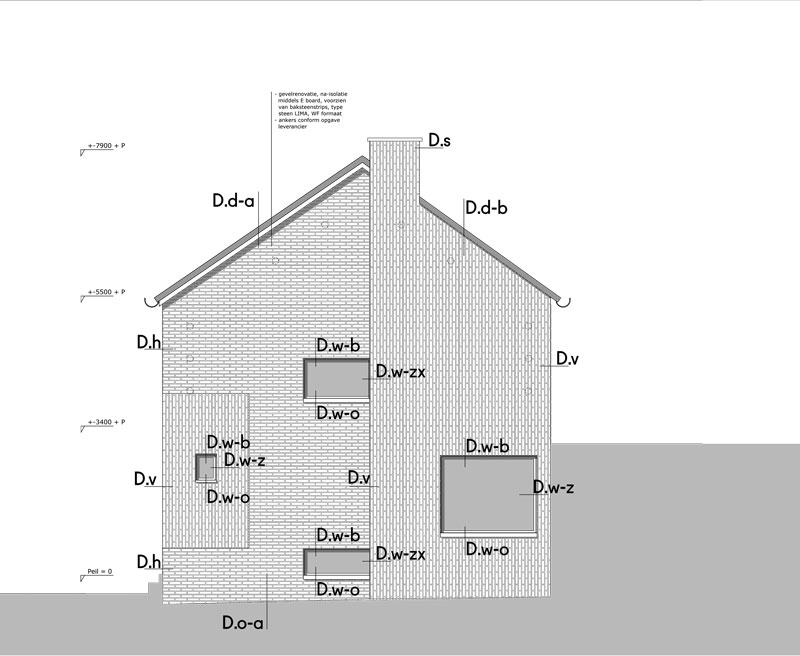 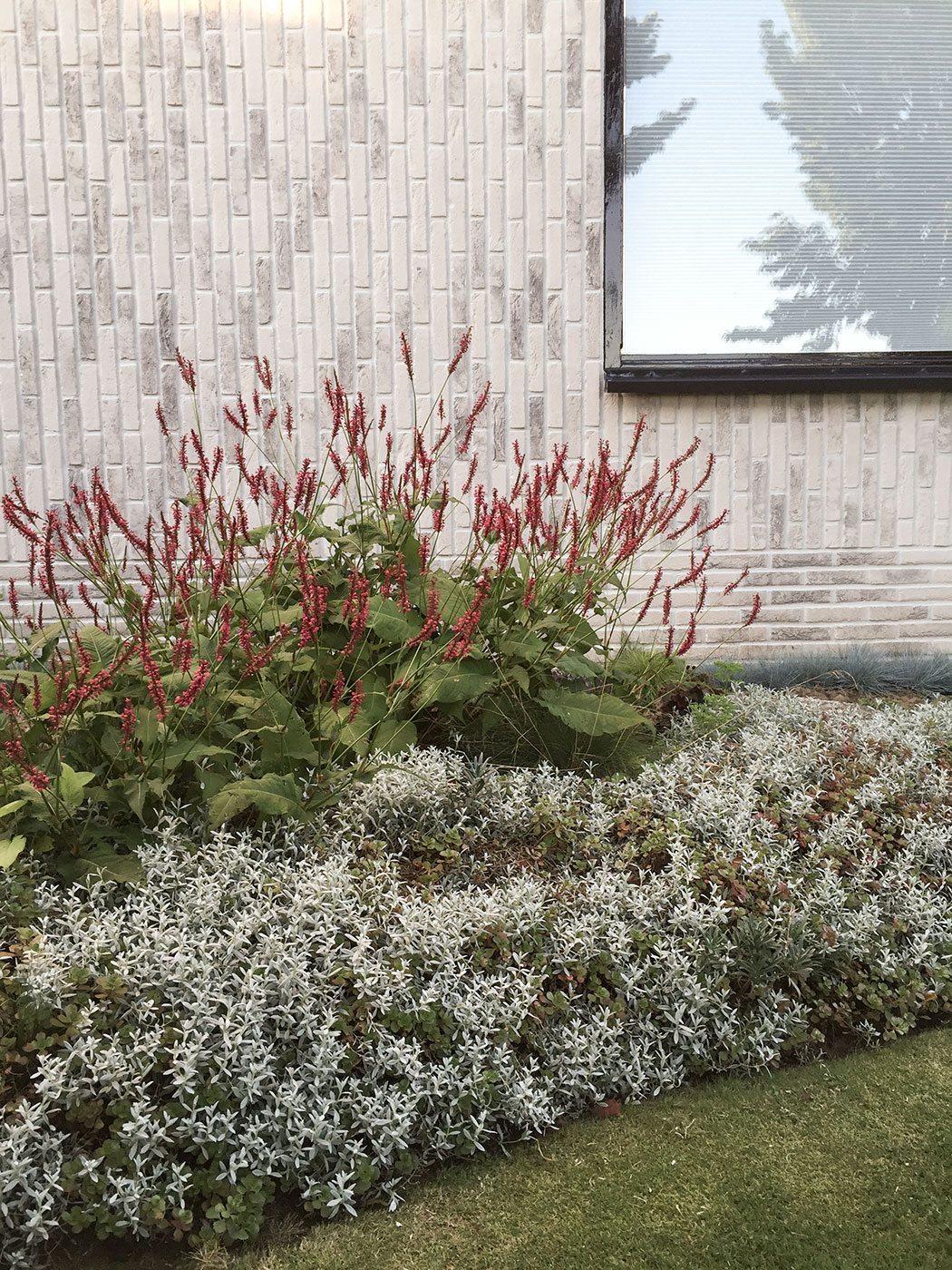 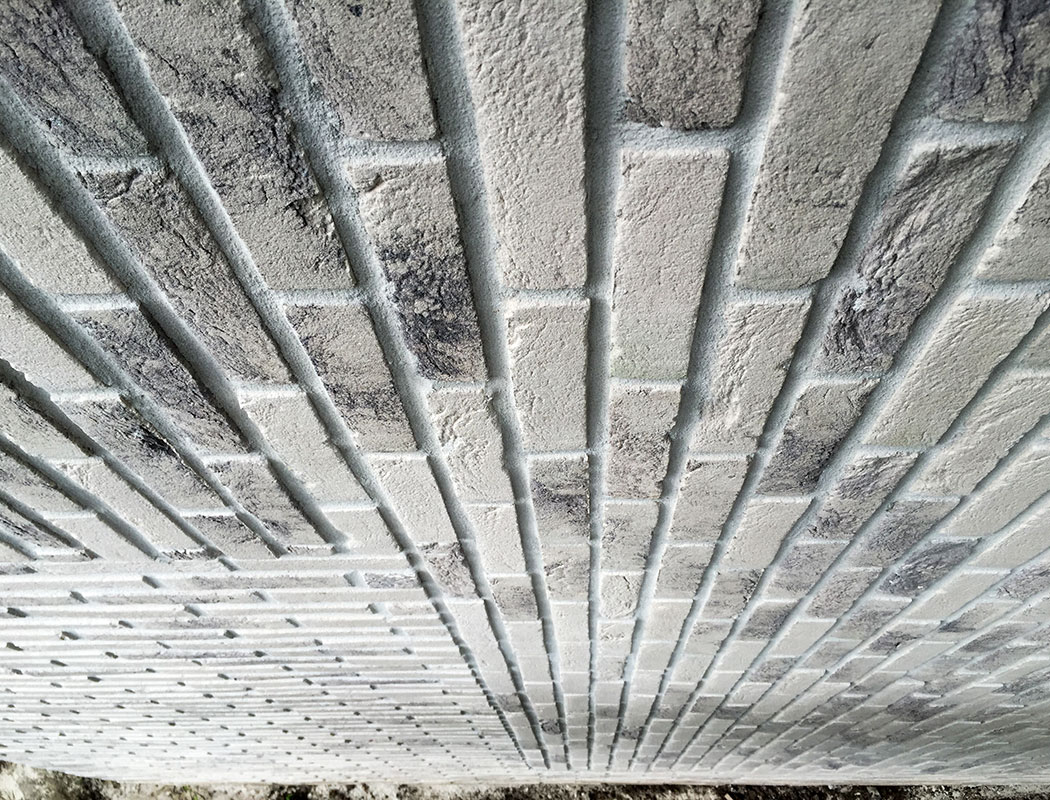 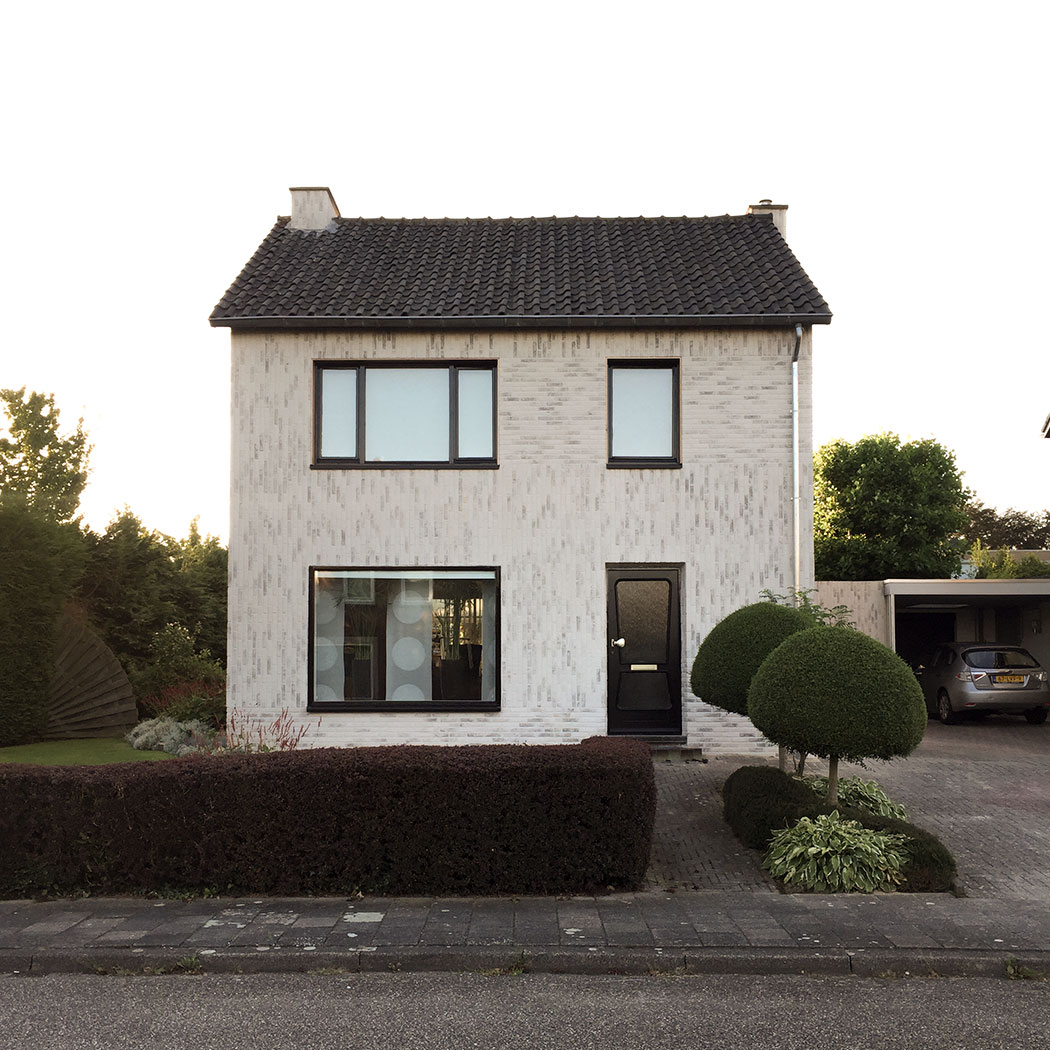 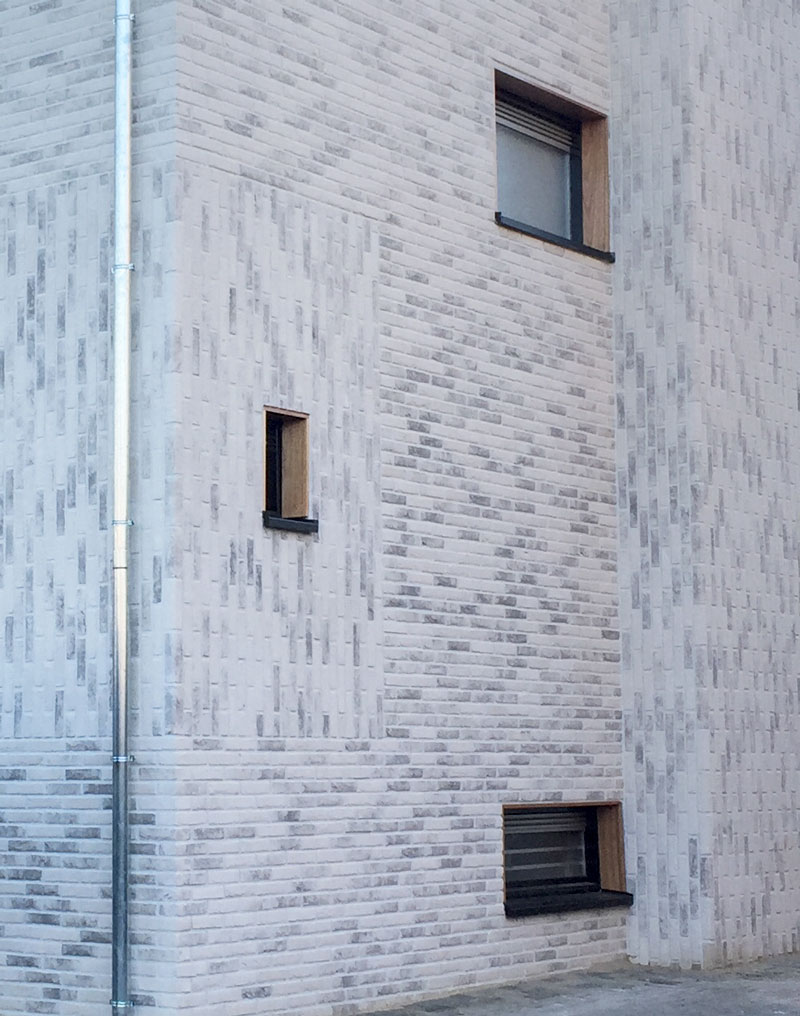