The former Vredestein factory, where bike tires have been produced, was part of a bigger ensemble of rubber factories called Radium Rubber. While previously located at an industrial edged of the city of Maastricht, the new landing of the Northern Bridge brought this section within the 21st century city wall, the newly constructed ring road. What was once a chemical production site now forms the entrance to the western part of the city. Together with other remaining landmarks, like the Radium chimney, the former gas holder and the Radium building, the ‘LAB gebouw’ now marks an area for contemporary cultural production and city development, ‘het RADIUM’.

After the industrial production left the area many years ago, the building acted as a laboratory and office space, occupying only partly the building and leaving many floors completely unused. With the infrastructure as a driving force behind the city development, this former industrial area is now marked as an experimental ground for young entrepreneurs and cultural talent development. To prepare the building for a temporary stage of city development, the city desired a minimal renovation that would make it suitable for the new type of users, cultural and creative entrepreneurs.

Designed and built between 1967 and 1969 this factory has a completely different character than the former early 20th century buildings that are currently so beloved and renovated. No beautifully crafted iron constructions or brick details but reinforced concrete and catalogue steel beams and columns that mark the original construction. That in combination with a yellow tile floor and some abundant use of colour in both interior and exterior asked for a different approach for the rehabilitation of this industrial heritage.

Instead of fifty shades of grey, the interior and exterior is characterised by colourful pattern of azure bleu, pastel green, ochre yellow and salmon orange. Colours that derive from the original building, the identity colour of the area and existing and newly added materials. Herein a combination was derived out of contemporary industrial fabrics like the synthetic material Lexaan and products like LED lighting and radiation panel heating. All these materials in combination with the colours give the building a contemporary and fresh character that marks the transition towards the future users.

Since the municipality decided to redevelop the area and building in different stages, the overall renovation design took into accent certain levels of temporality and phasing. So instead of creating a tailored suit for each different user, the building has become plug-in ready for many types of creative entrepreneurs. Since the ground floor was already occupied by ateliers, a theatre company and a combination of young enterprises the city designated the former production hall on the second floor as the next stage for the re-occupation of the building.

This 1600 m2 production hall is characterised by its open structure and lay-out, which became the base for the new lay-out and organisation for the new users. However, the versatility of the new users and a flexible attitude towards the future program contrasts with this demand. Since we had to deal with multiple users and individual ateliers we needed to create a dynamic intercourse between private, semi-private and public zones. A combination between the individual user and the collective on the same floor.

To enhance the open character of the second floor, all the individual ateliers have been designed as half open units in which each one exists out of private workspace and a semi private atelier-court. These two zones can be further defined and divided by using the steel structure to create a subdivision.

Because of the half open design all the different users can profit from the collective facilities like the LED day-light and central heating. This type of heating is further enhanced by the use of Porotherm bricks for the walls of the ateliers. These pink bricks absorb and radiate the heat from the above hanging panels, creating not only a nice working environment but also change the character of the industrial hall into an inspiring working environment. This lay-out and the materials applied in combination with re-colouring of the oker yellow tiles floor gave the entire interior a fresh boost. 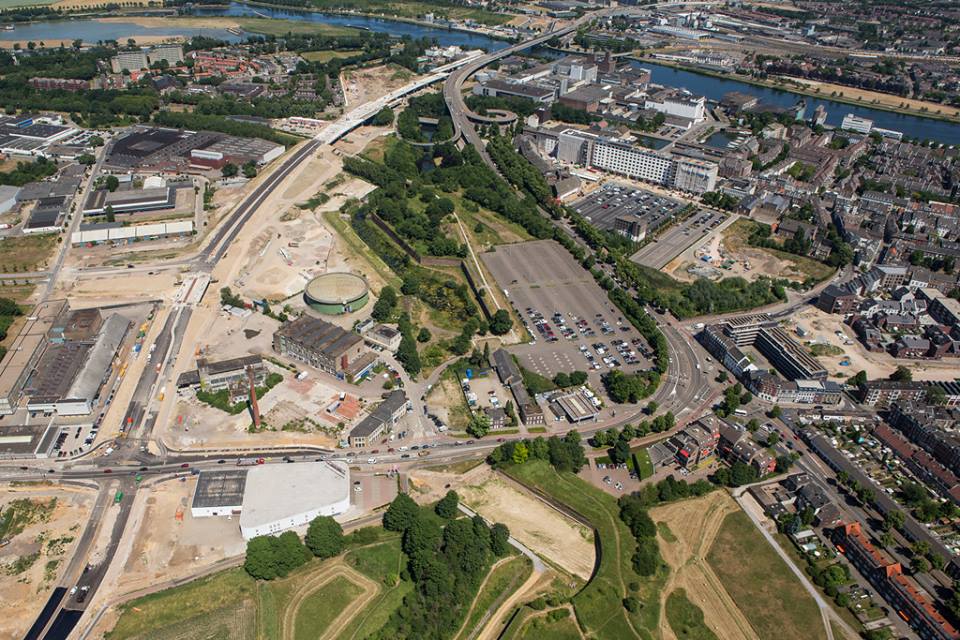 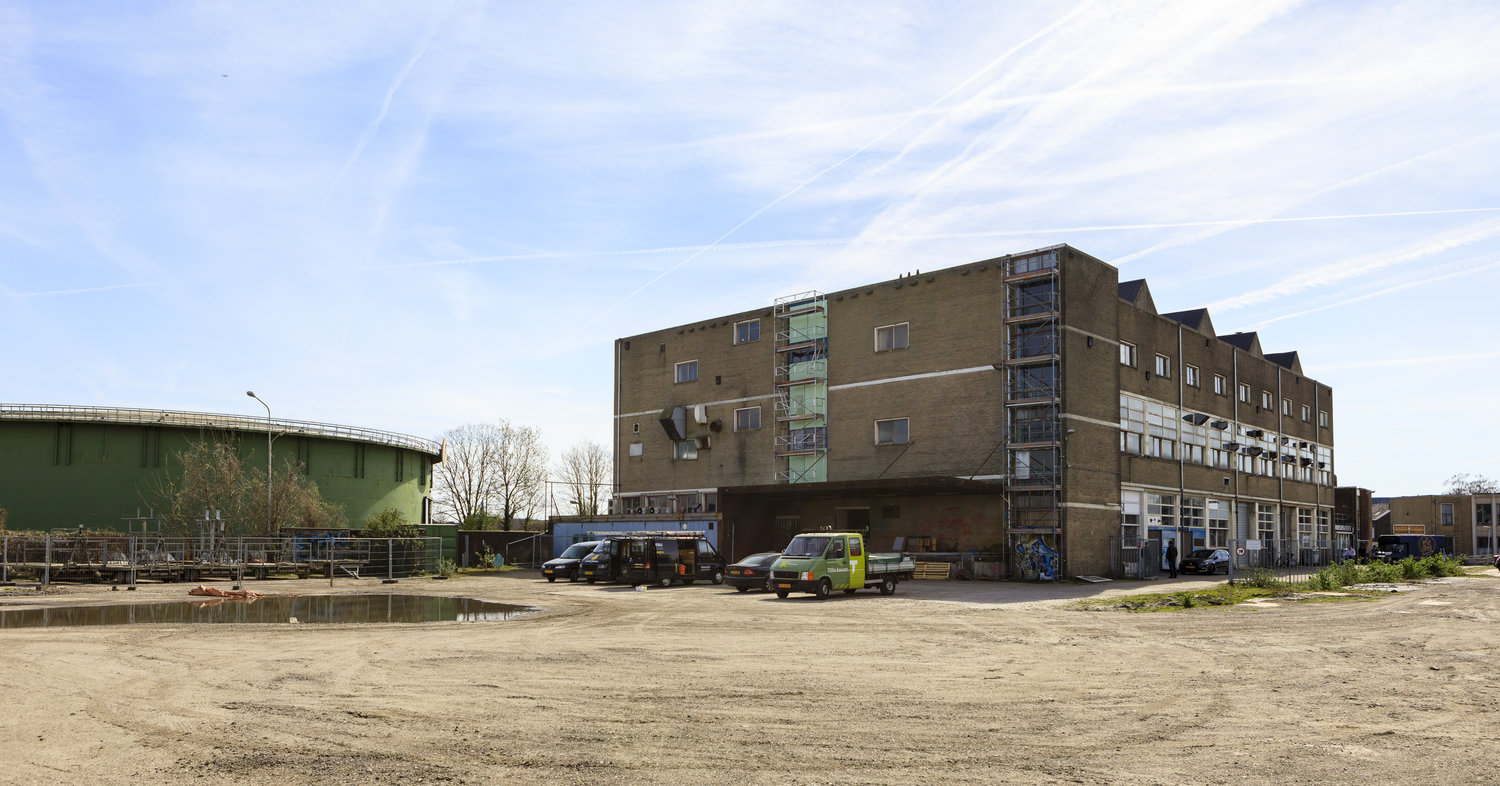 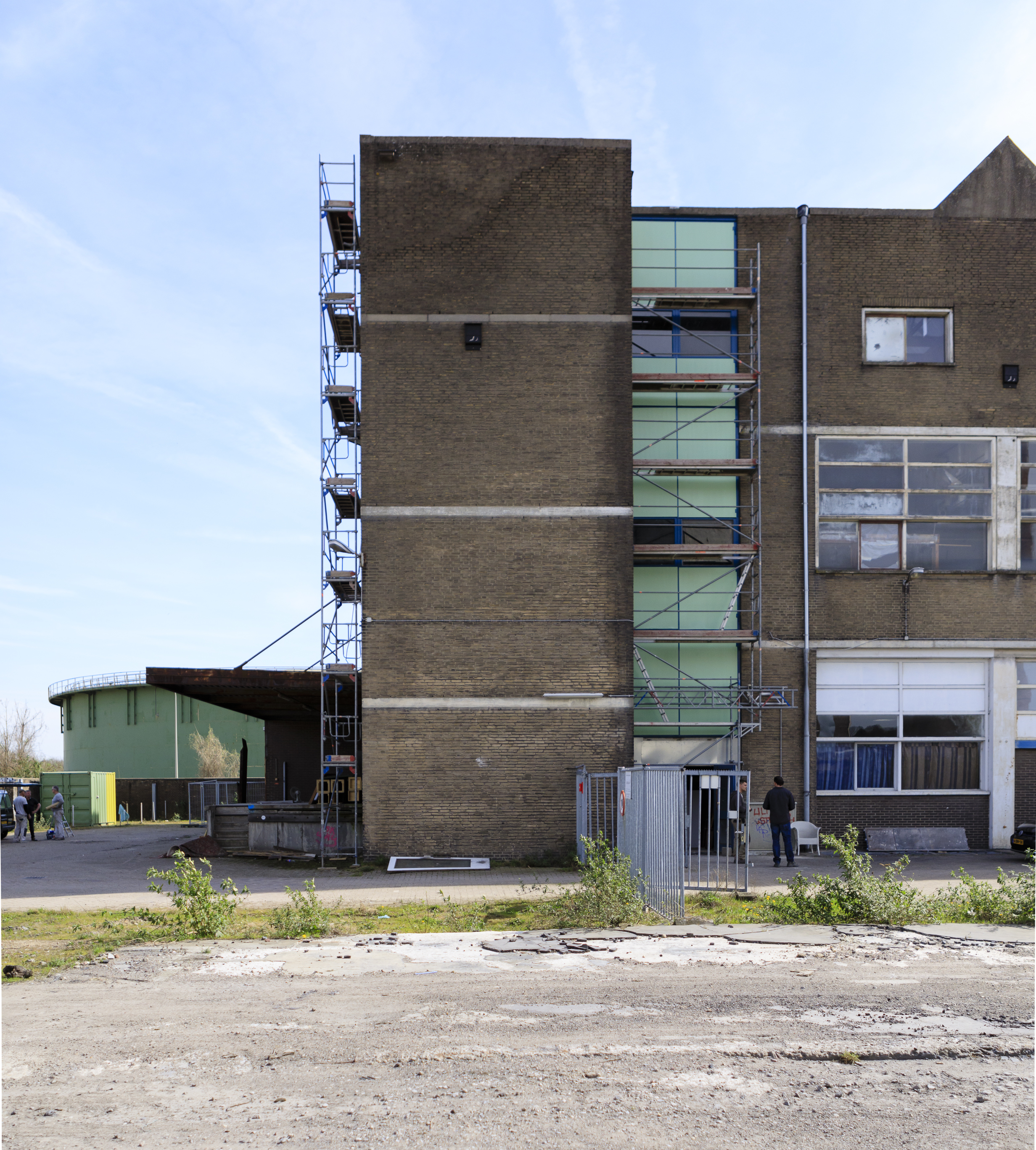 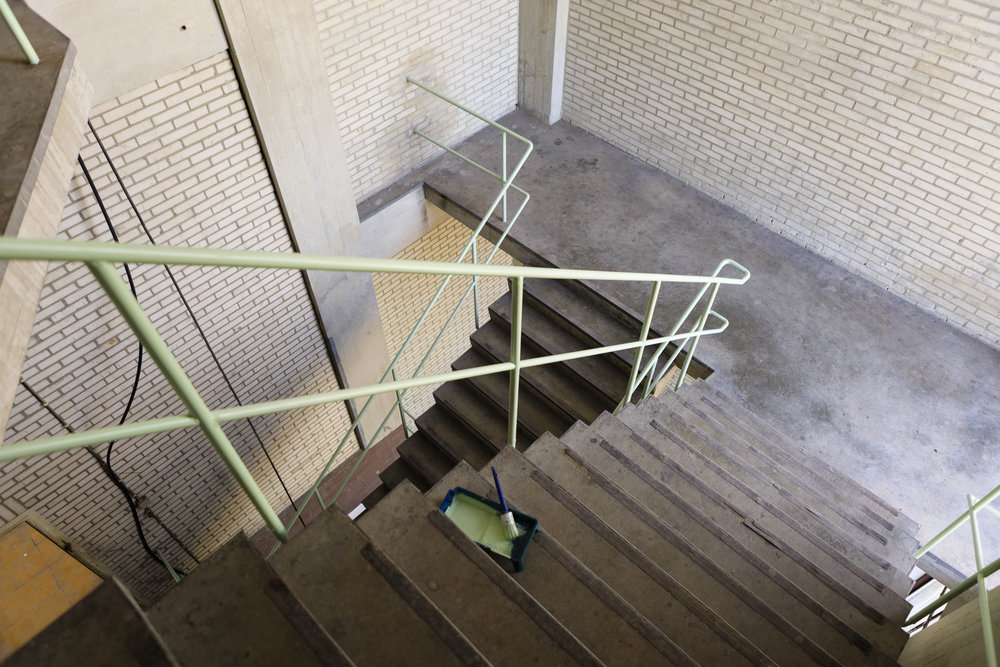 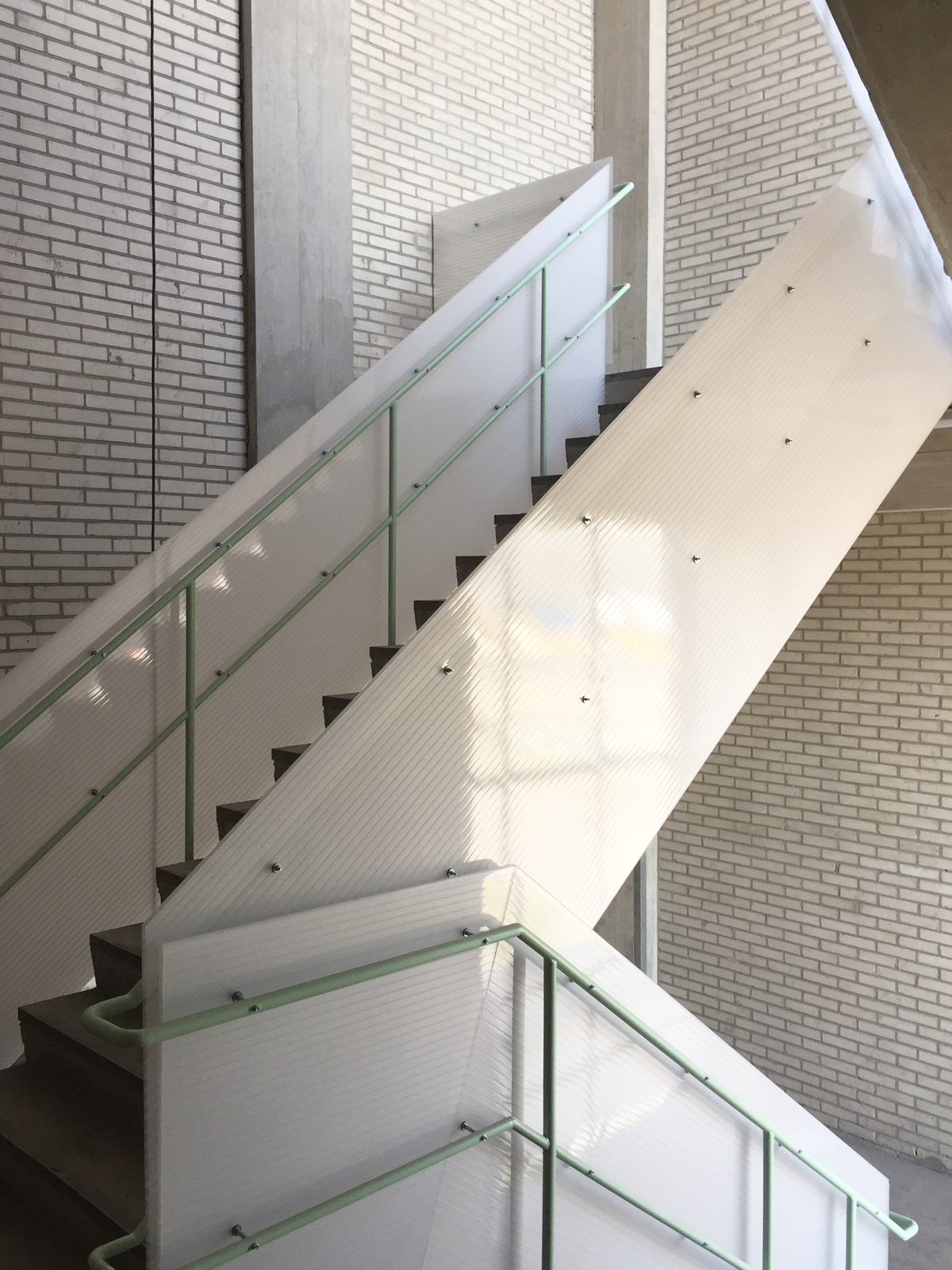 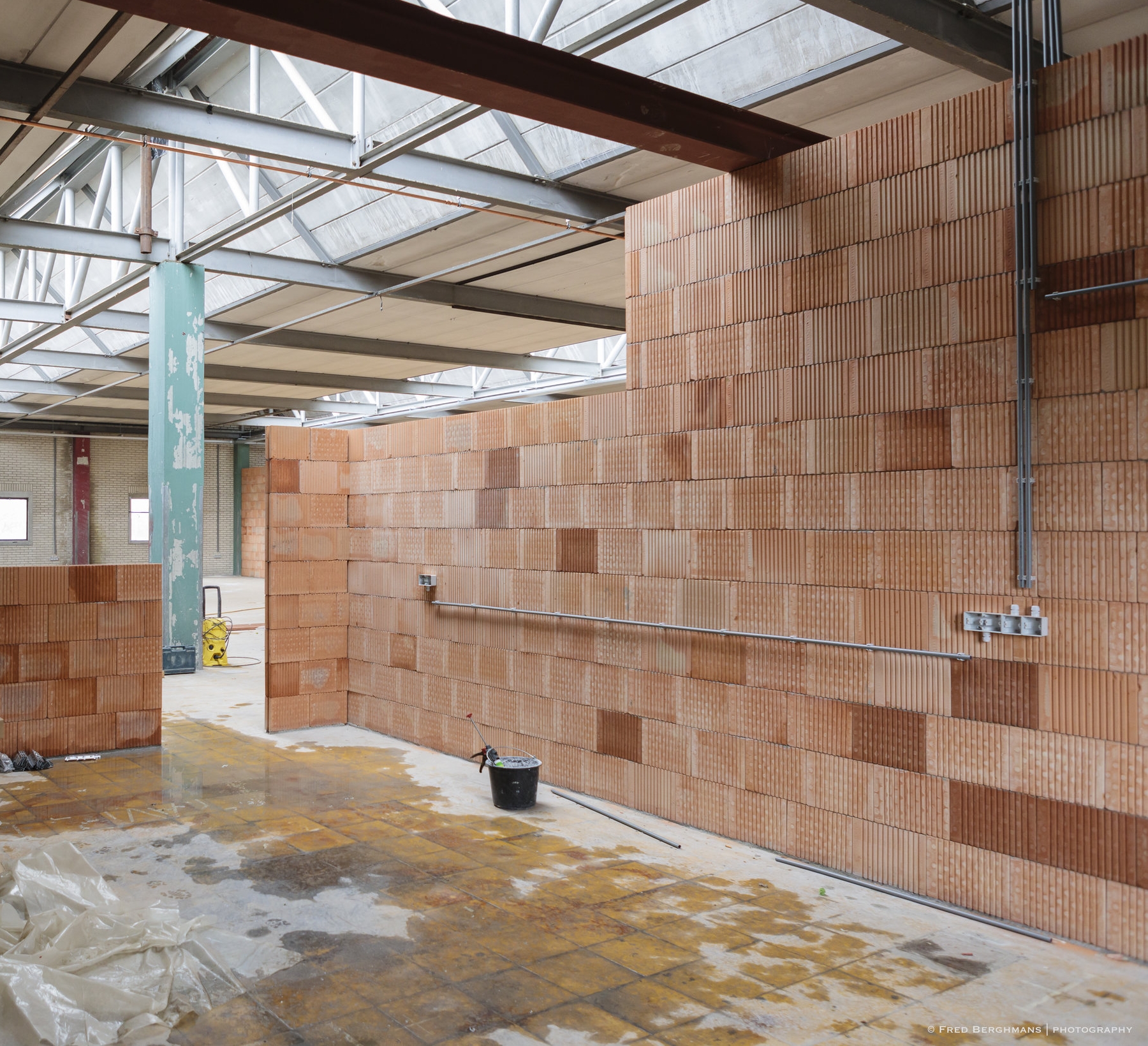 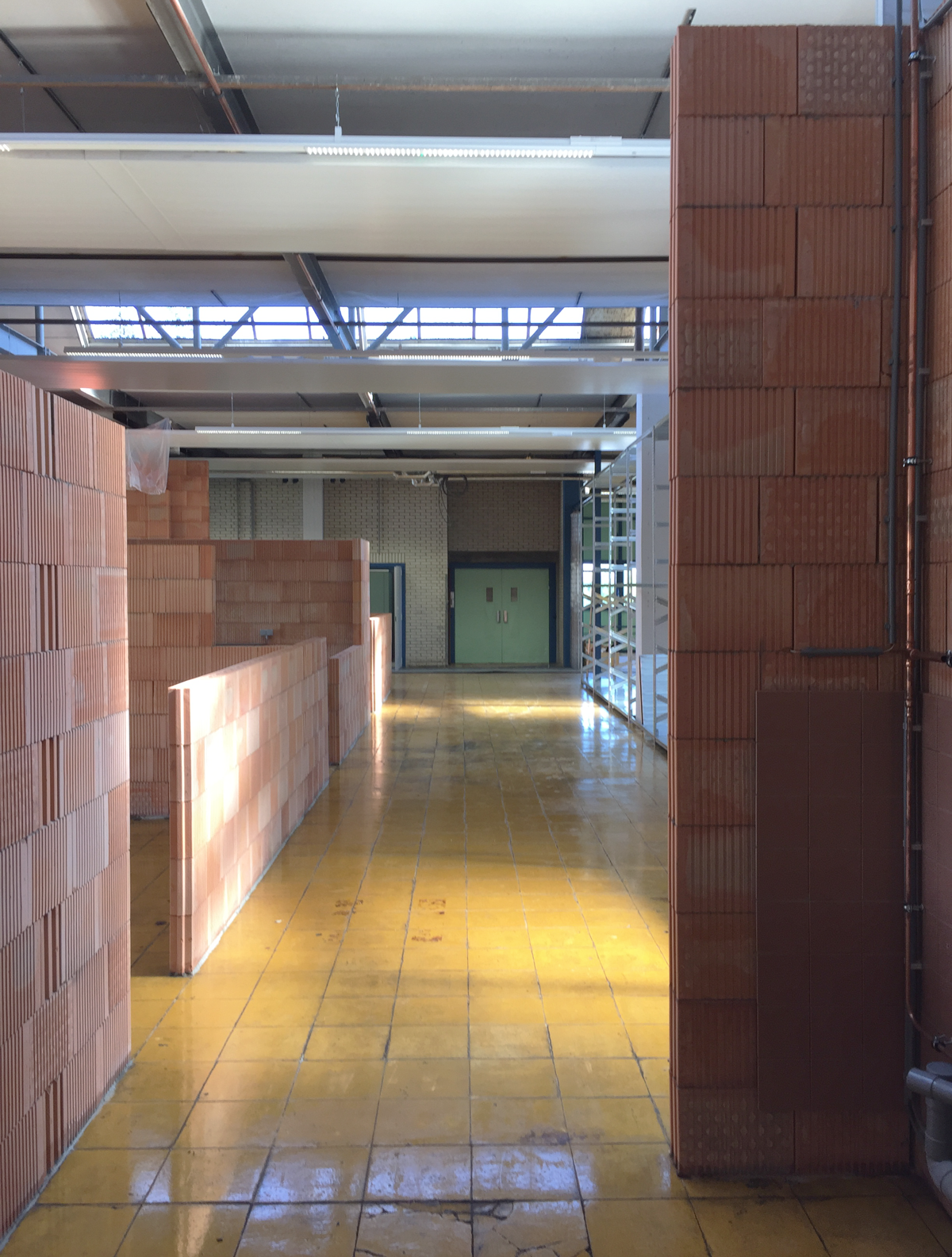 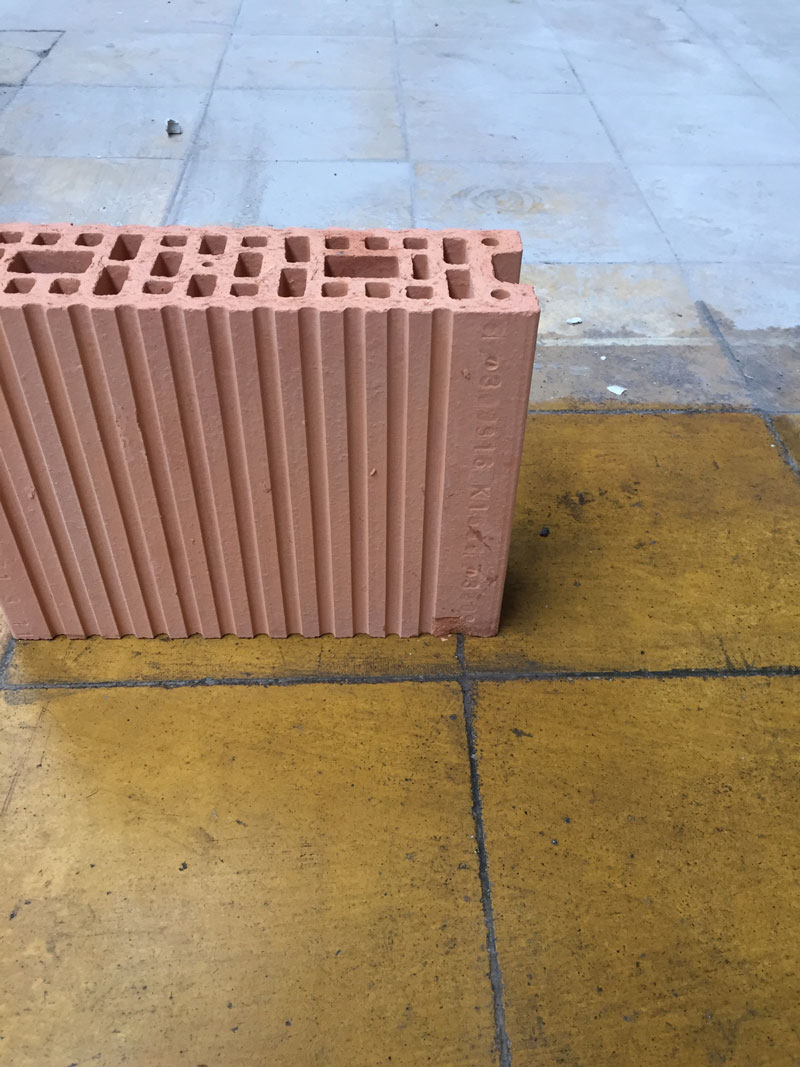 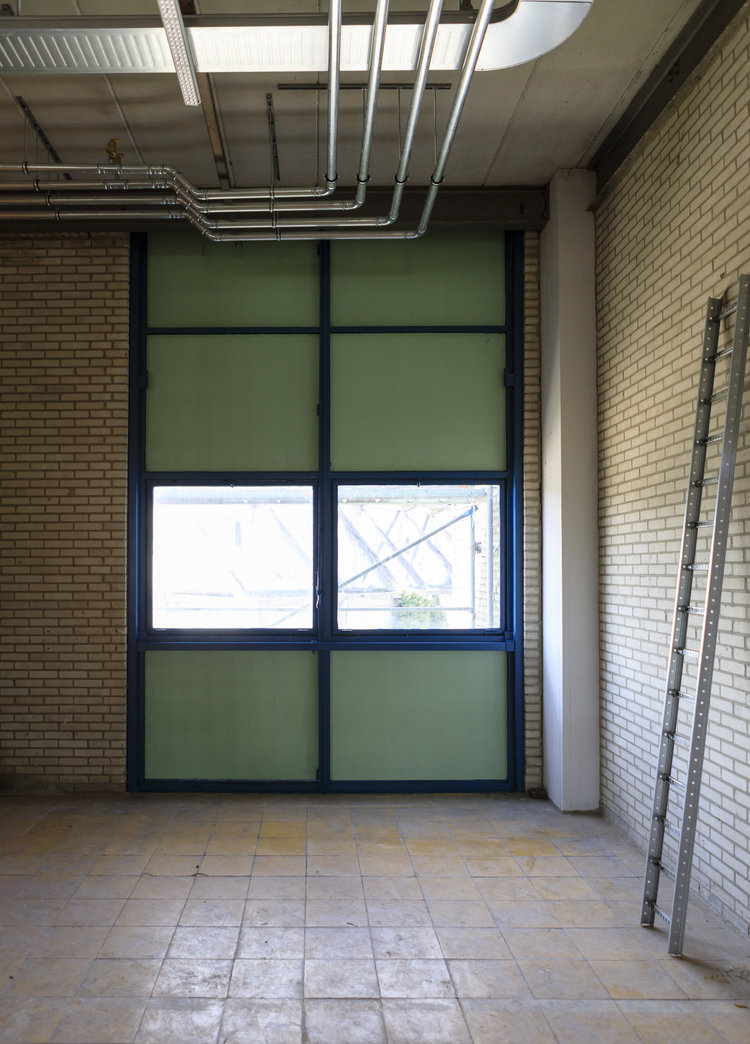 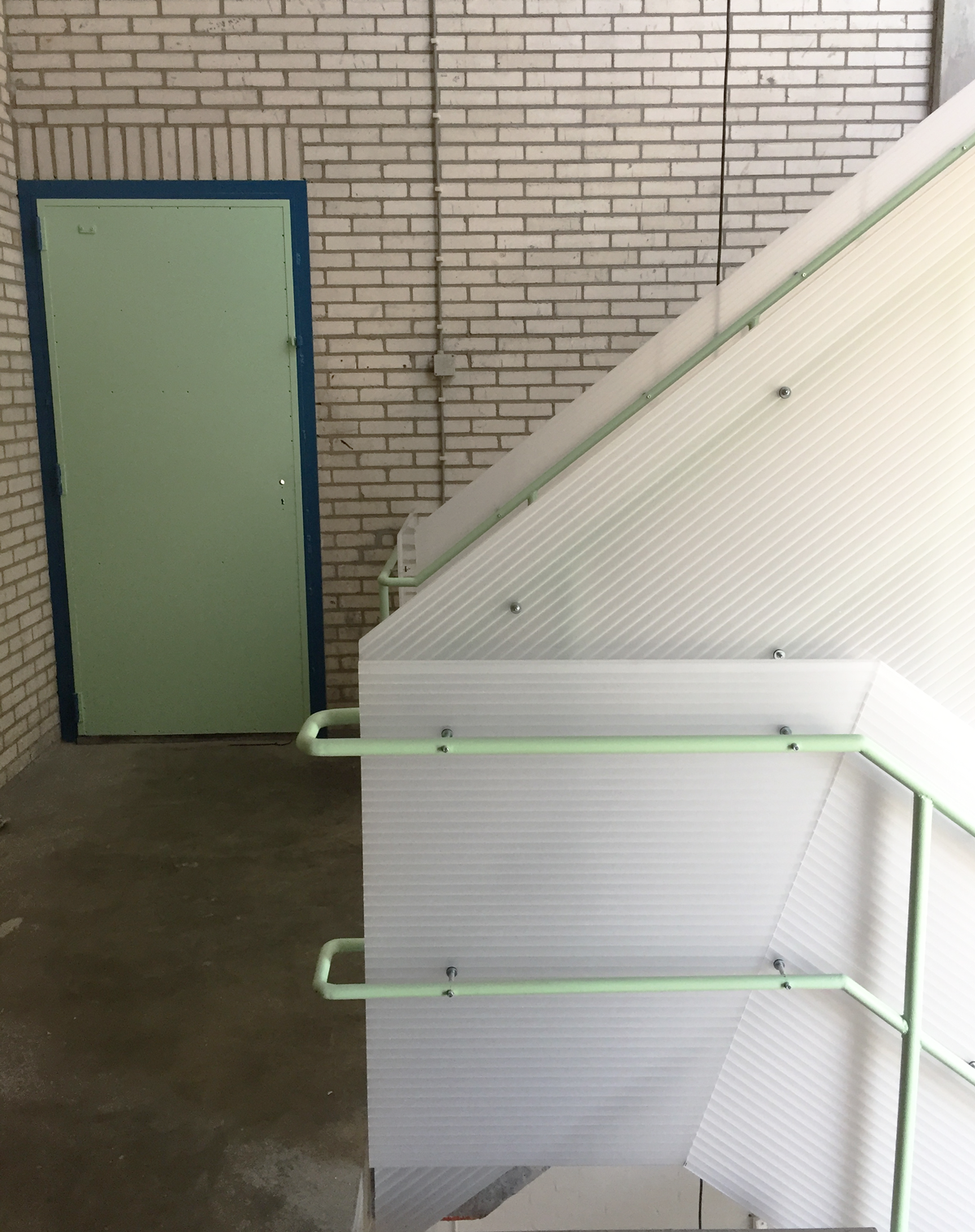 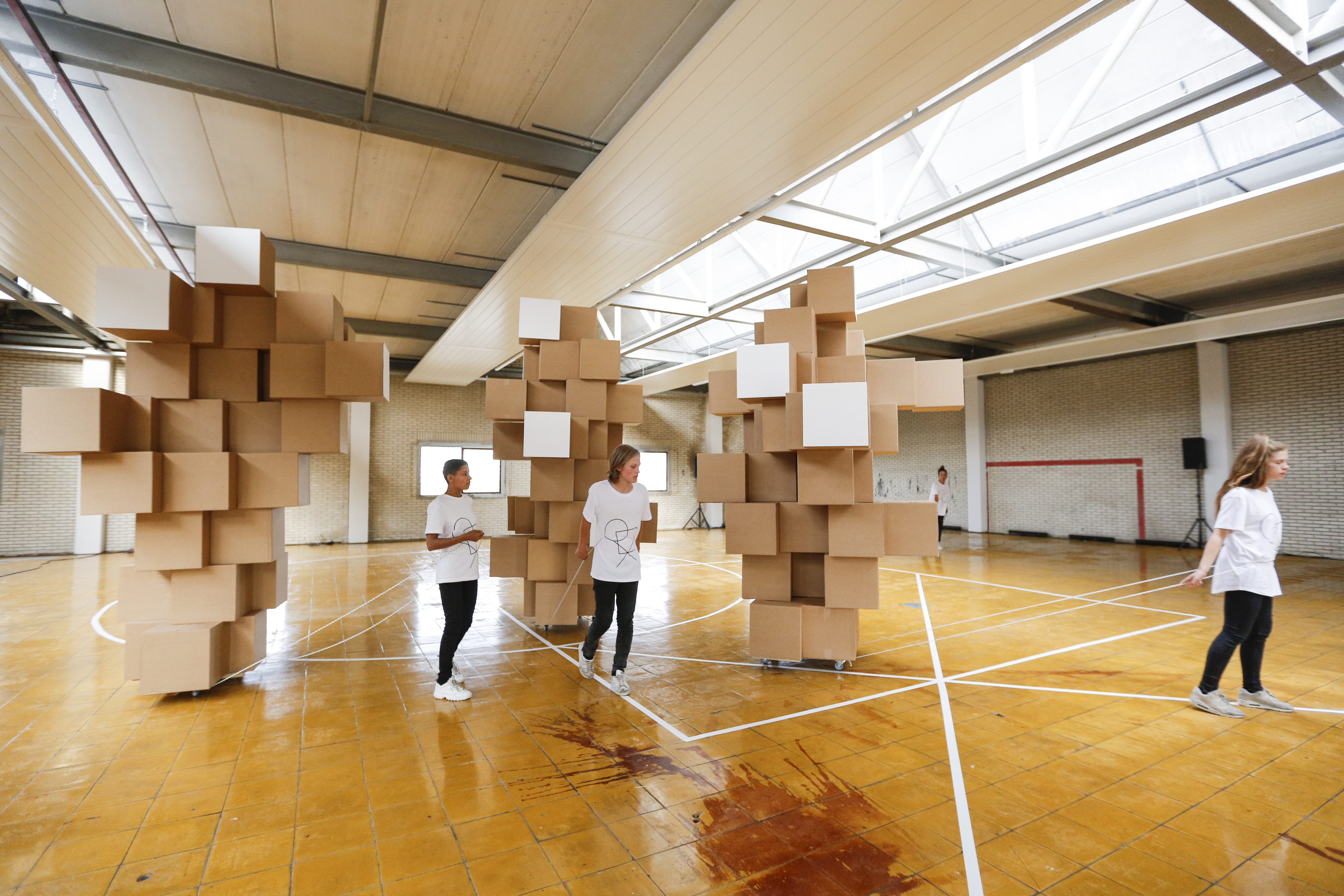 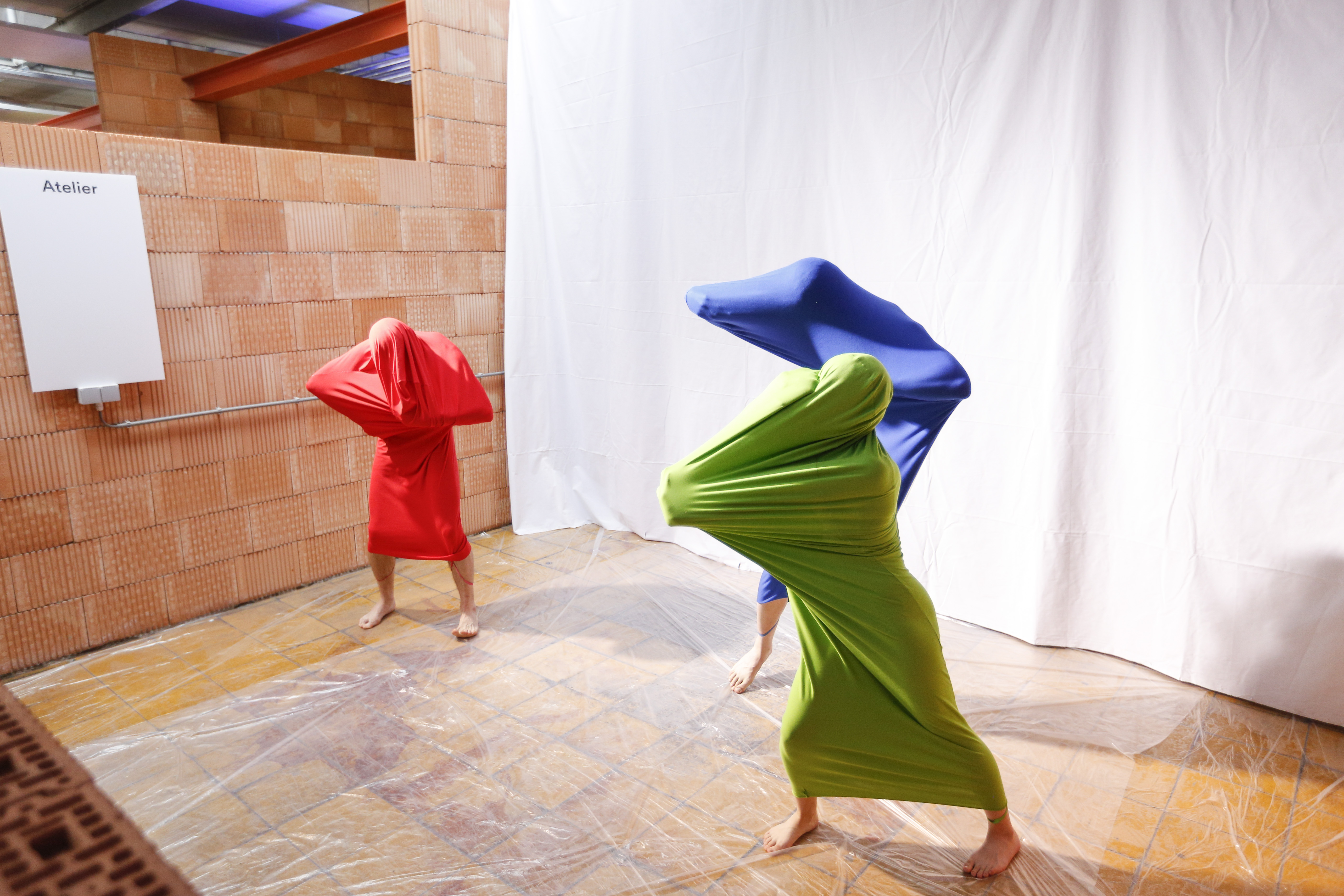 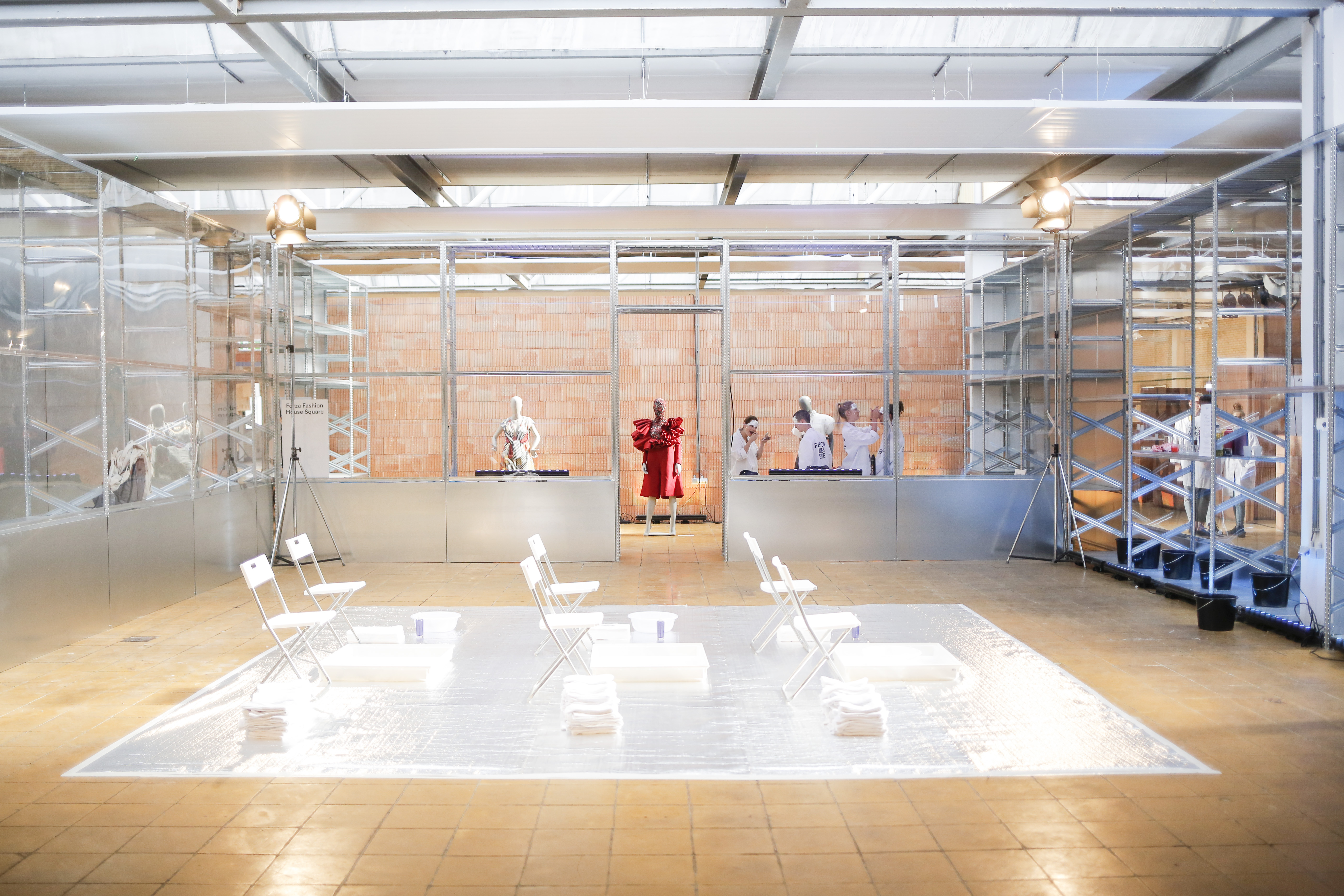