At an unusual site, considering the Dutch density in which we have crowded our landscape, this project imagines a dwelling at the edge of a small forest. Located in the rolling hills of South Limburg, this former dog kennel is to be transformed into a single-family dwelling that neatly blends with the existing landscape. A landscape that is characterised as a so-called ‘coulissen’ landscape, a combination of small woods which are unevenly spread between the agricultural fields. 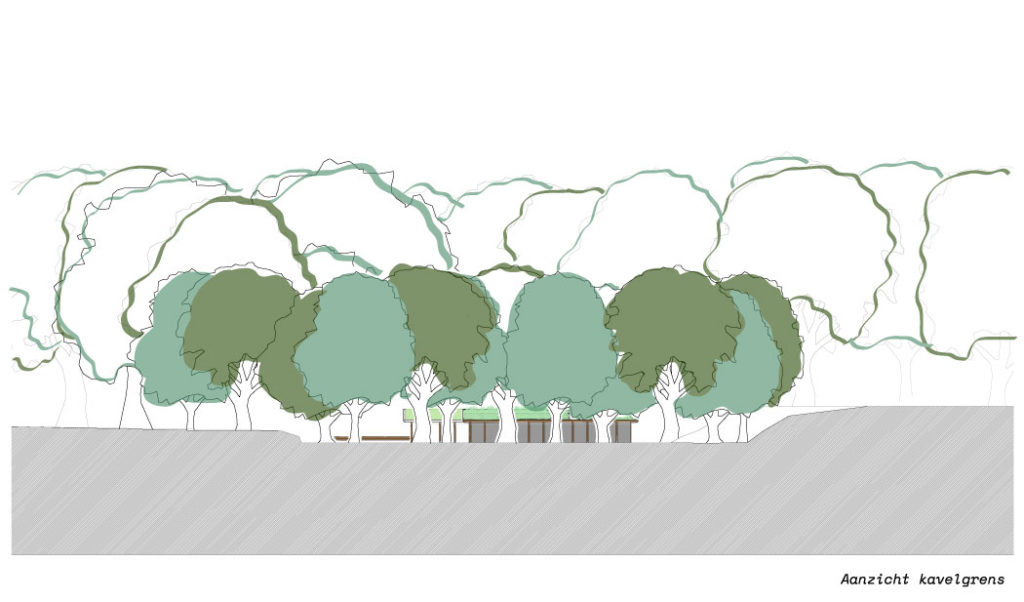 The site offers a magnificent panorama of this landscape, yet the design of the house was not to the spoil the view from the other side of the valley. Since the plot borders a preserved ecological zone, the building boundaries are pushed back towards the road and forest. Therefore, an important condition was that the house should be as invisible as possible from the side of the valley.

We proposed to solve this by planting new birch and oak trees in line with the existing forest edge, combined with a sloping vegetation roof towards the valley. To preserve the panoramic view, we utilised the hight difference, making it possible to look from the living room, in between the trunks towards the valley.

The house is determined by a closed wall on the side of the original forest edge, and from there on organised around three courtyards. The first courtyard acts as an entrance court towards the dwelling and is mainly a distribution and infrastructural feature. The second court not only pushed the dwelling areas more in the direction of the valley, it also features a space to work and arrange the equipment for working on the bordering fields and garden plot.

The third courtyard is enveloped by the three wings of the house itself, creating an intimate zone that reflects the orientation of the valley more towards the forest-edge. This very private zone is completely open and accompanied by a glazed facade, emphasising the dwelling at the edge of the forest.

What started as a very closed and private dwelling now completely opens up towards the landscape, mainly because of the recycled brick and brack wall. The roofs of the two main volumes are treated as separate entities that flood above these walls, and together with its vegetation cover top and round ceiling act as organic elements that characterise the house. 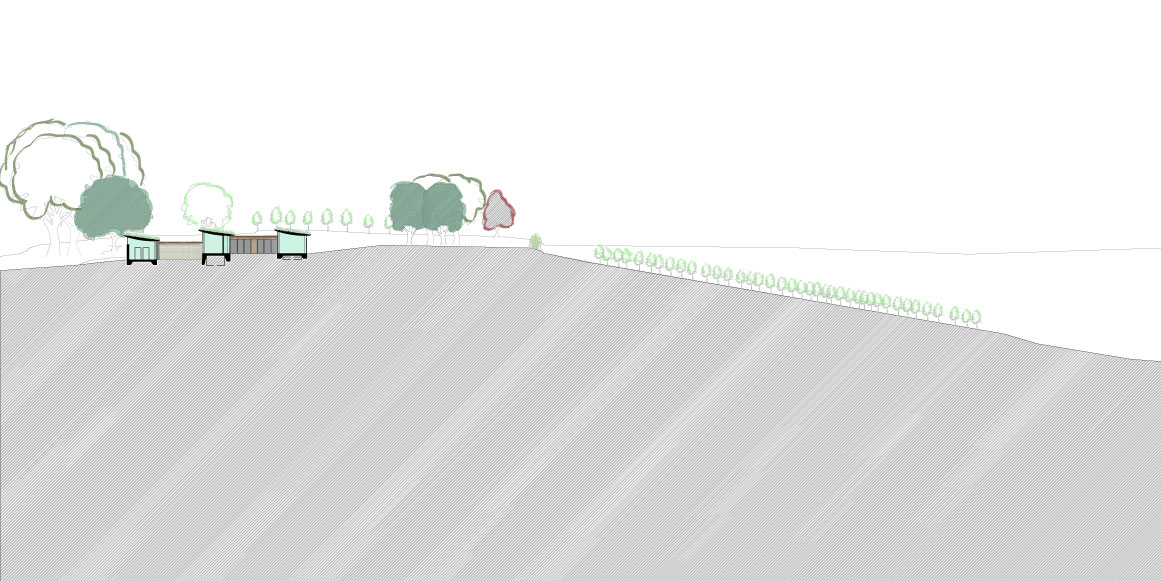 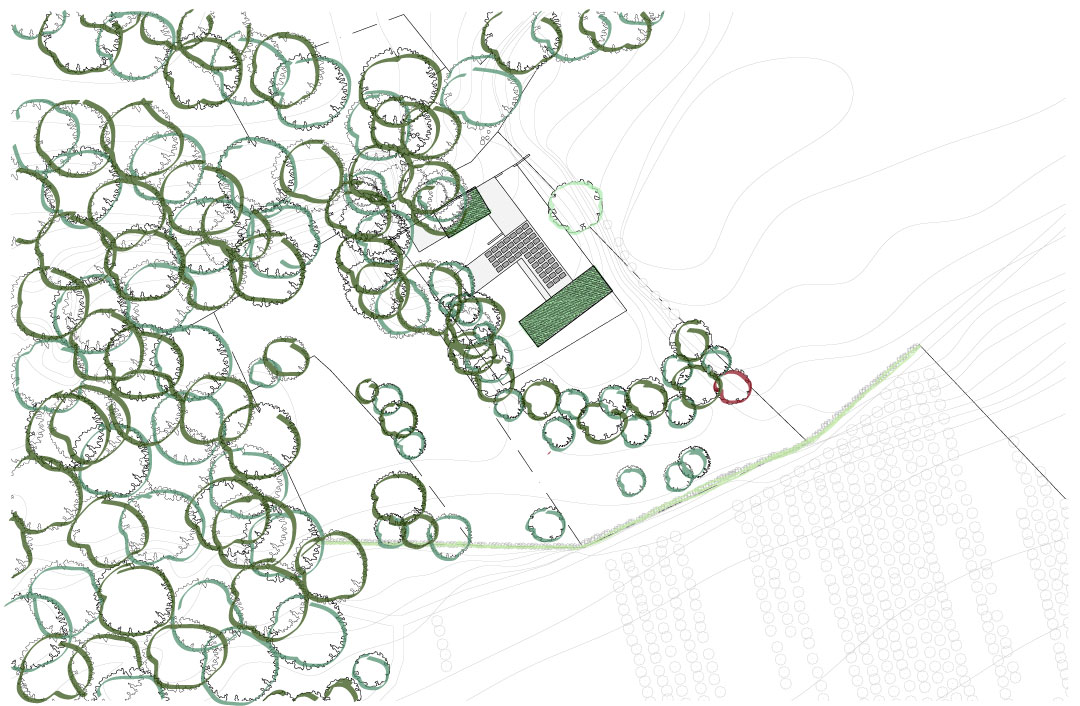 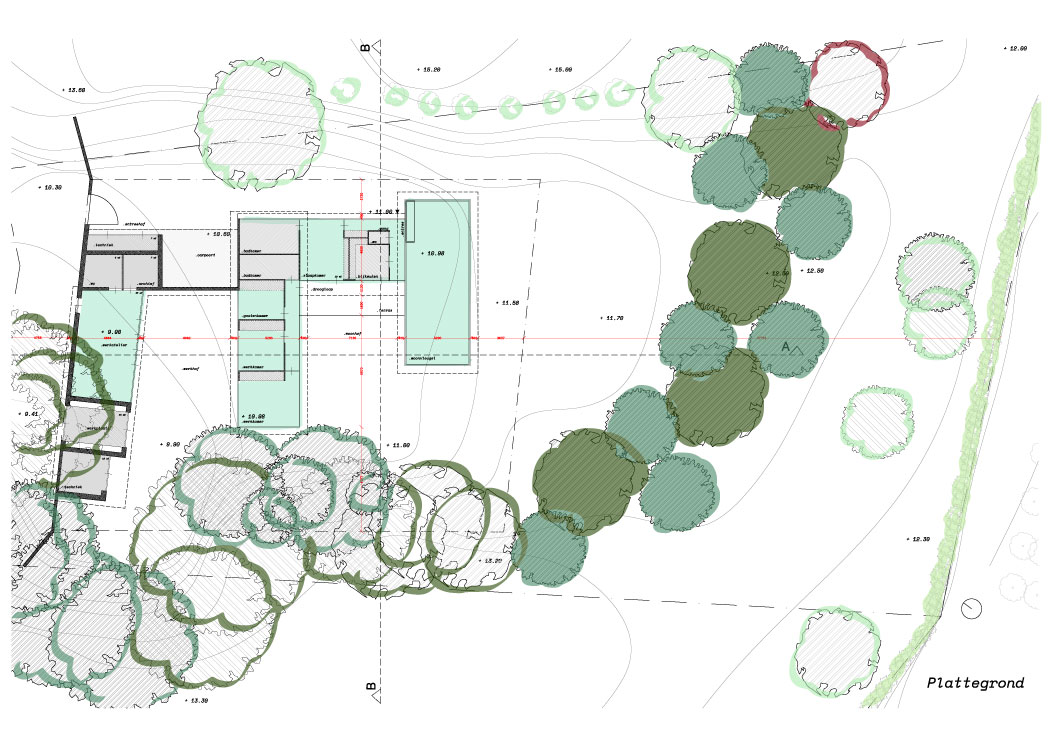 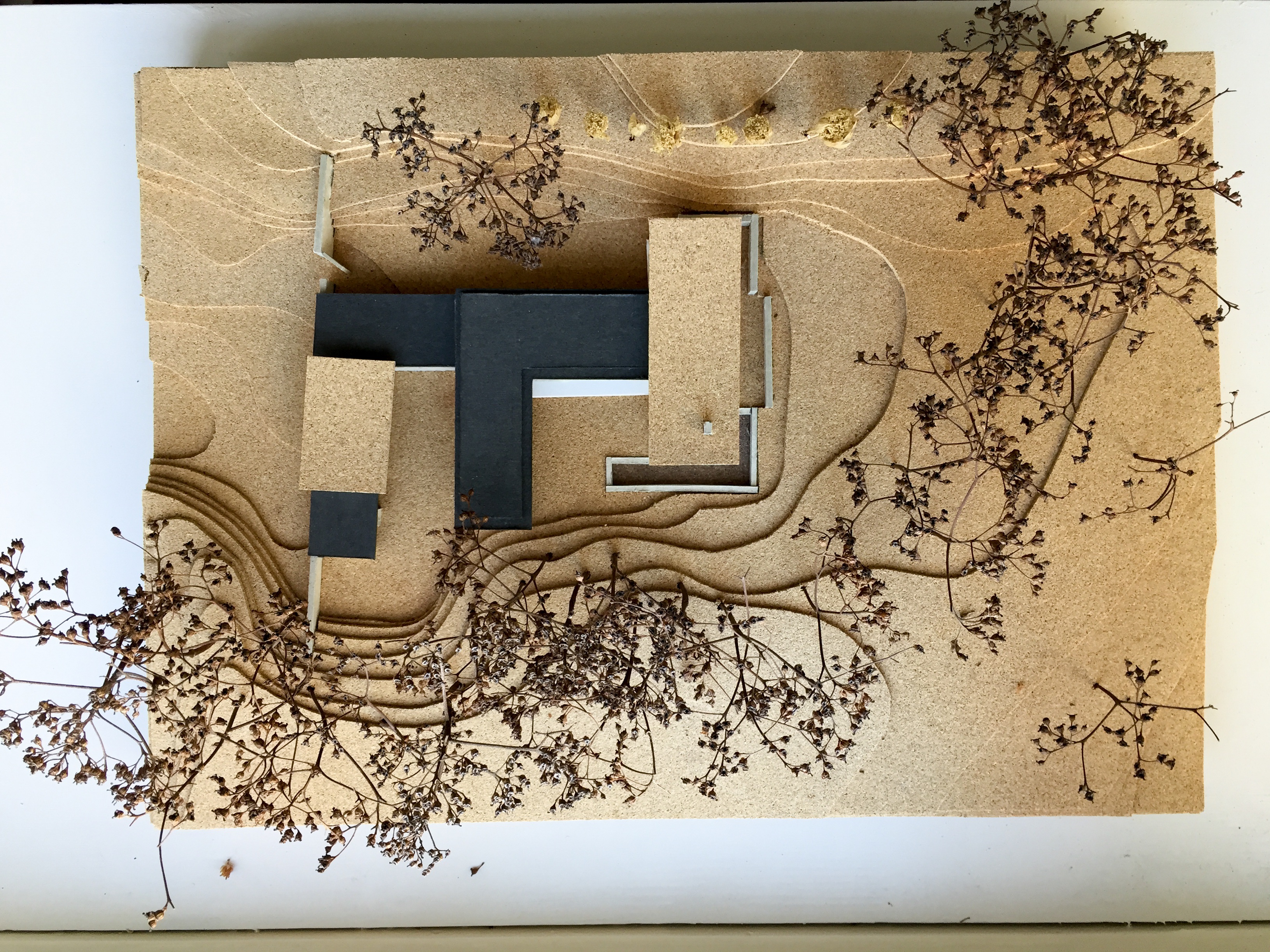 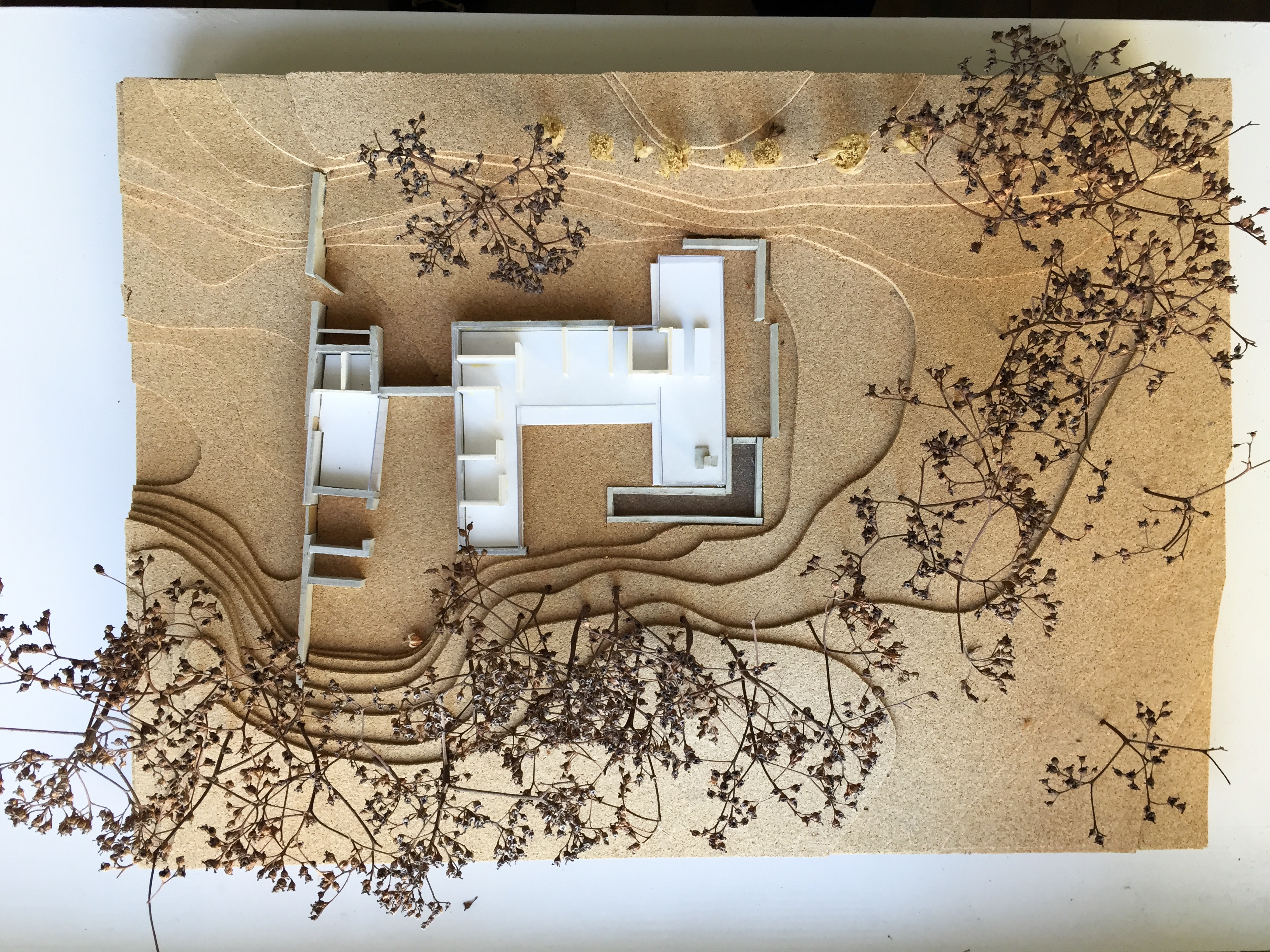 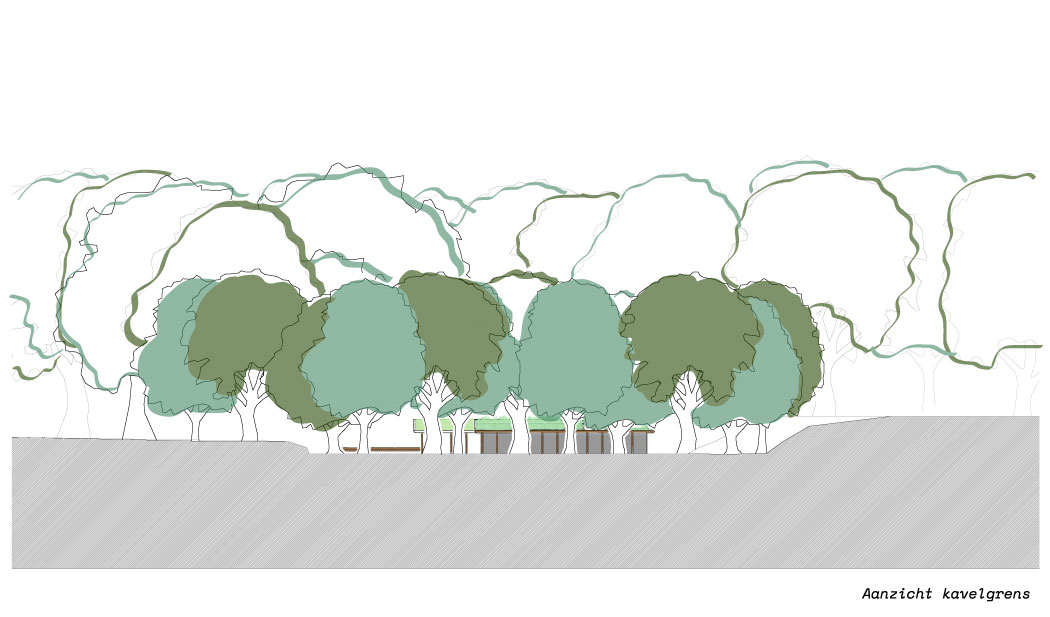 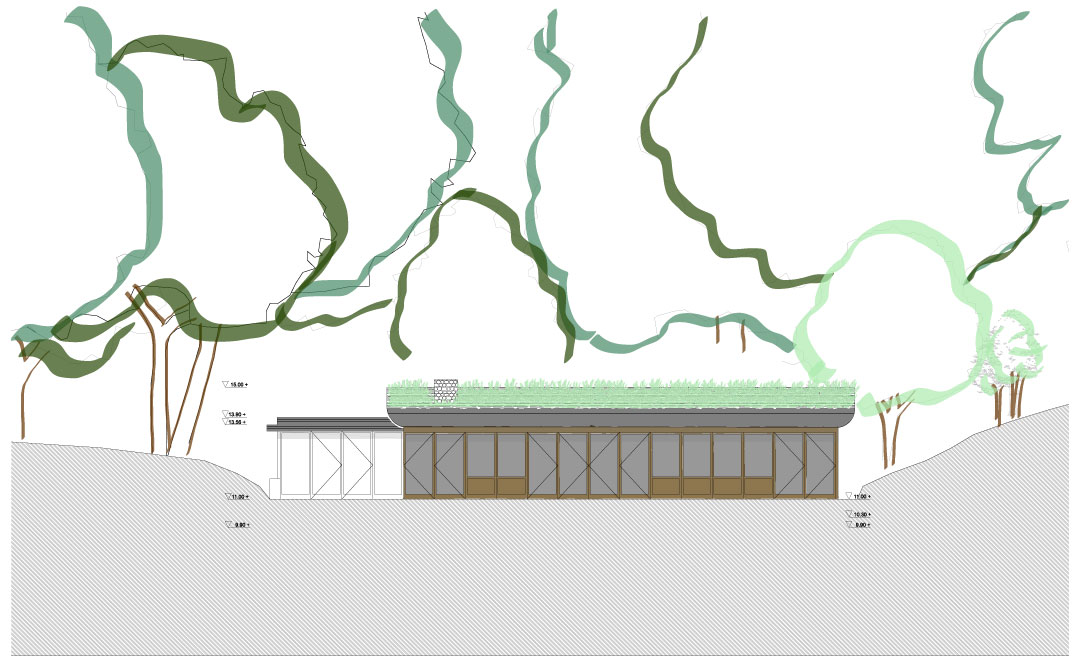 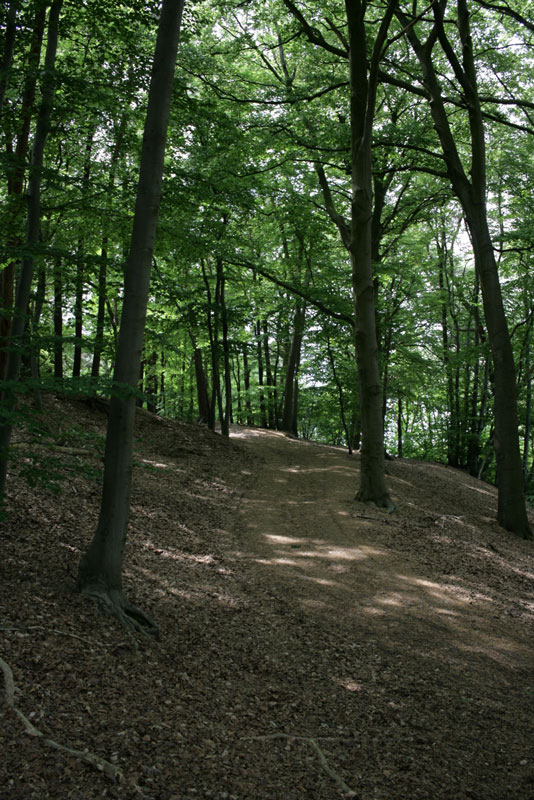 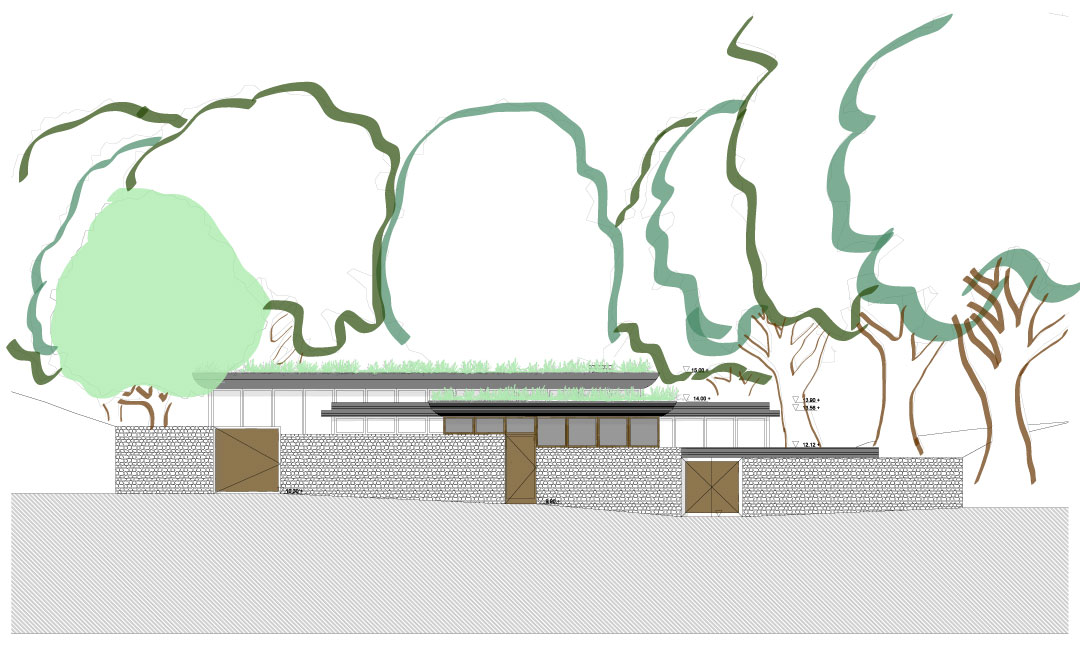 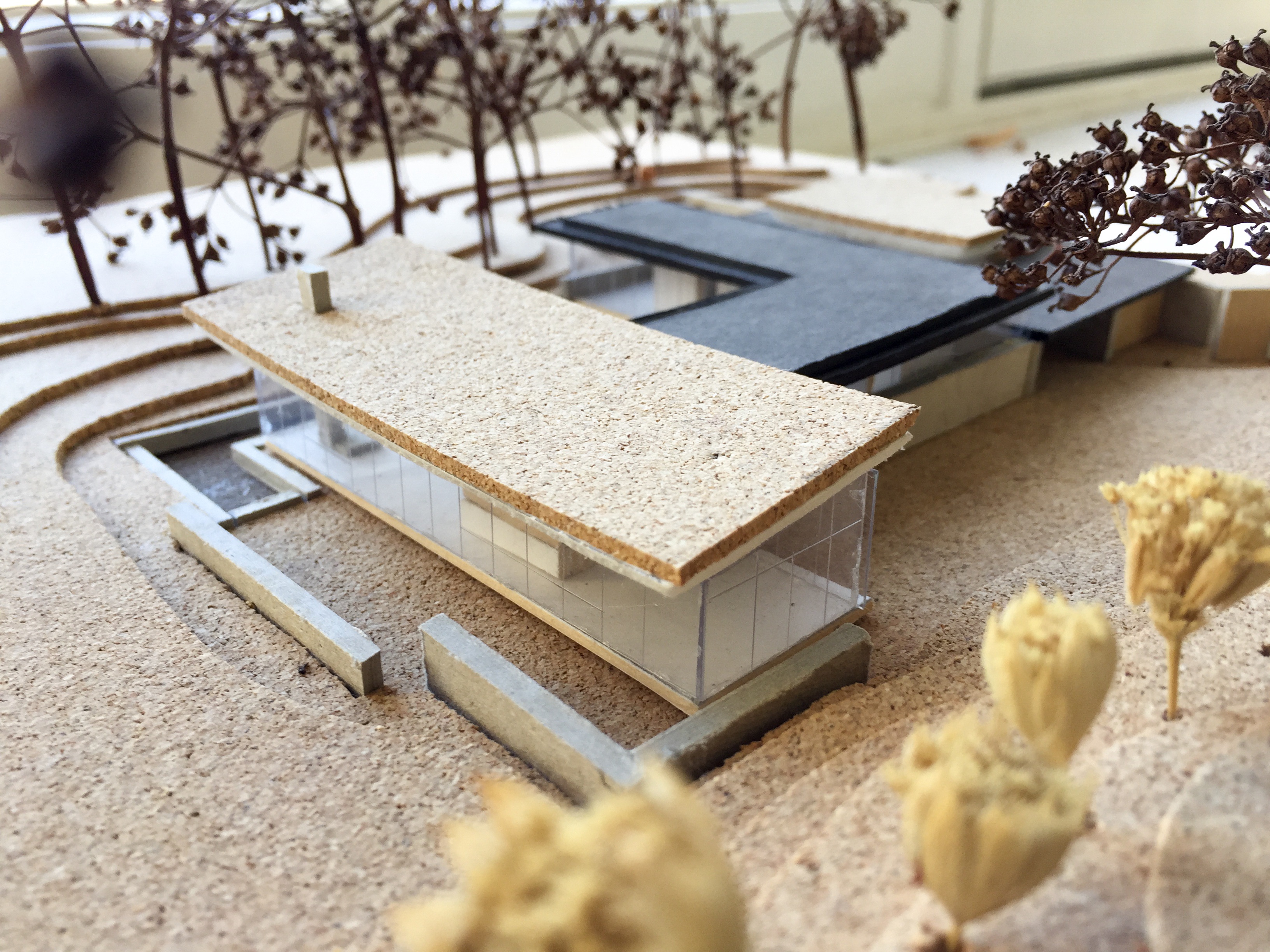 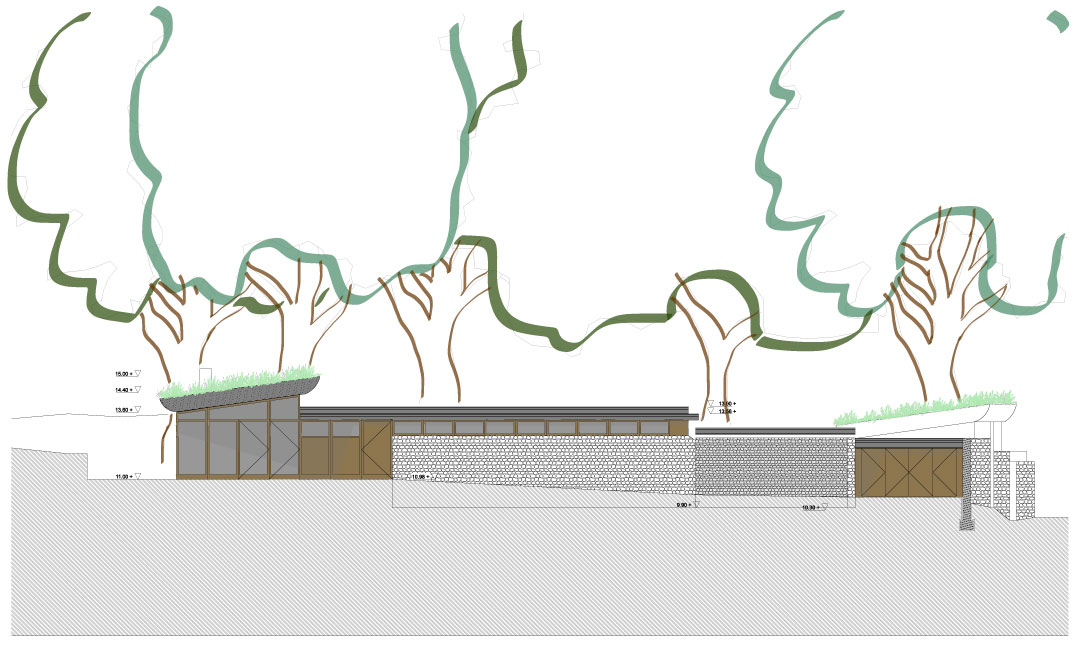 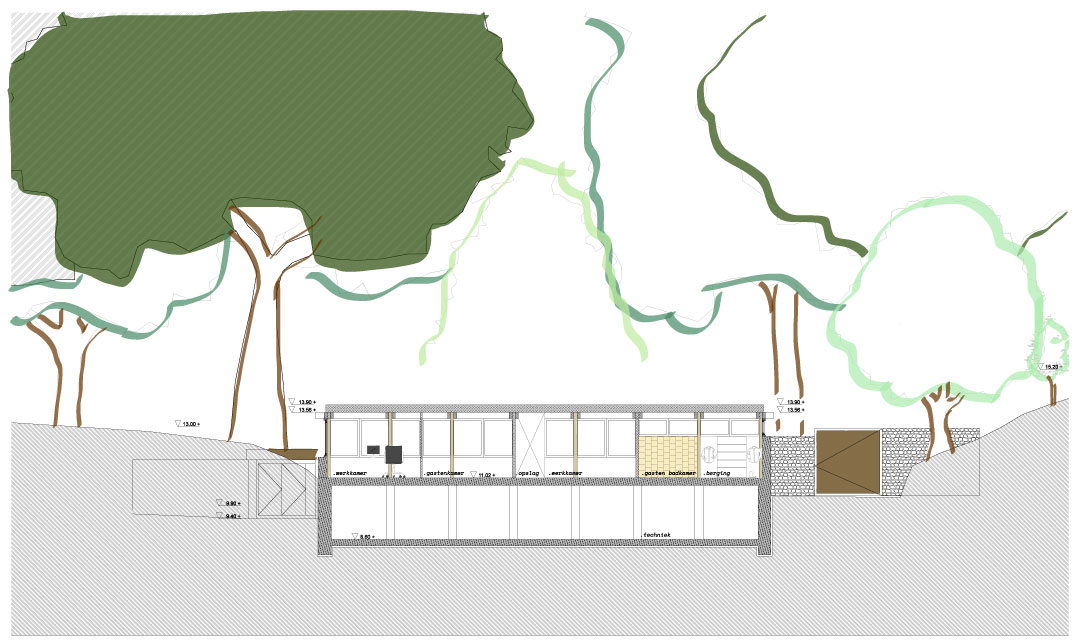 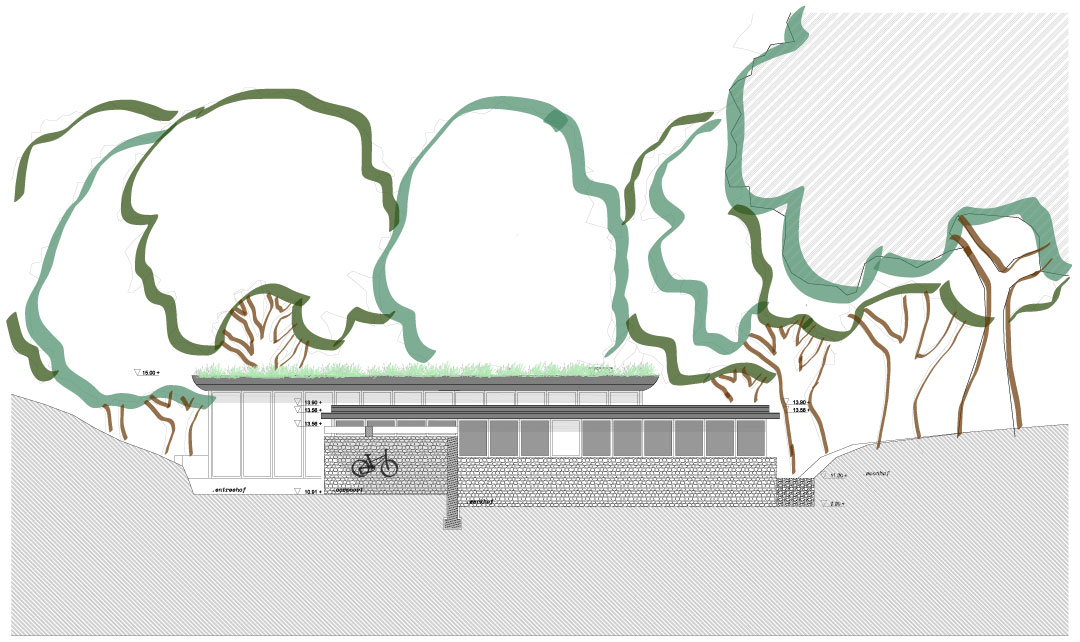 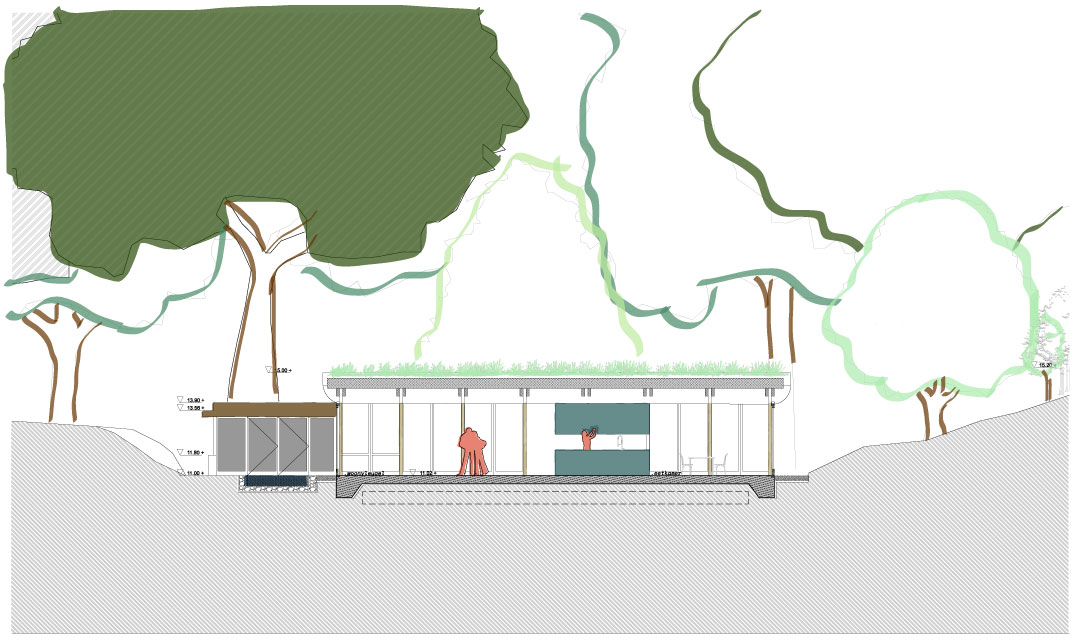 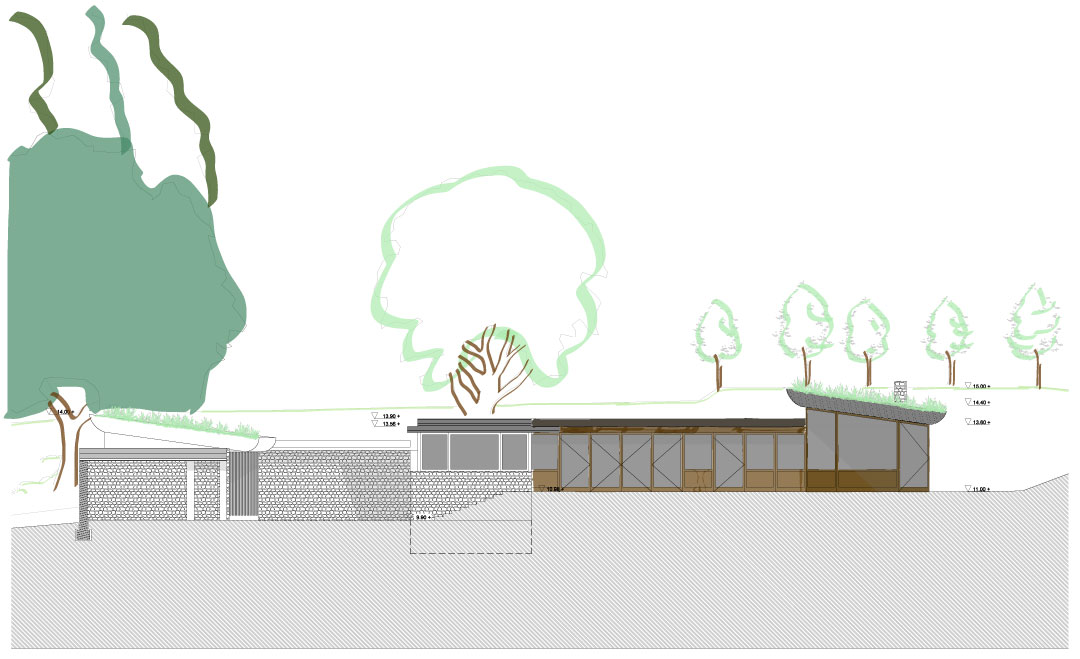 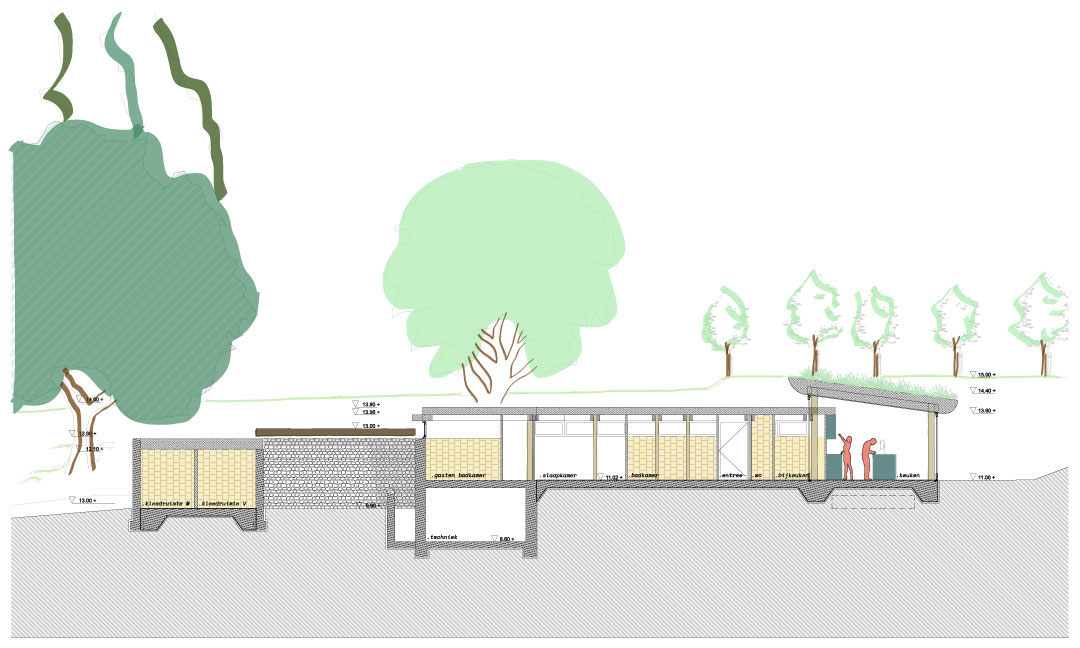 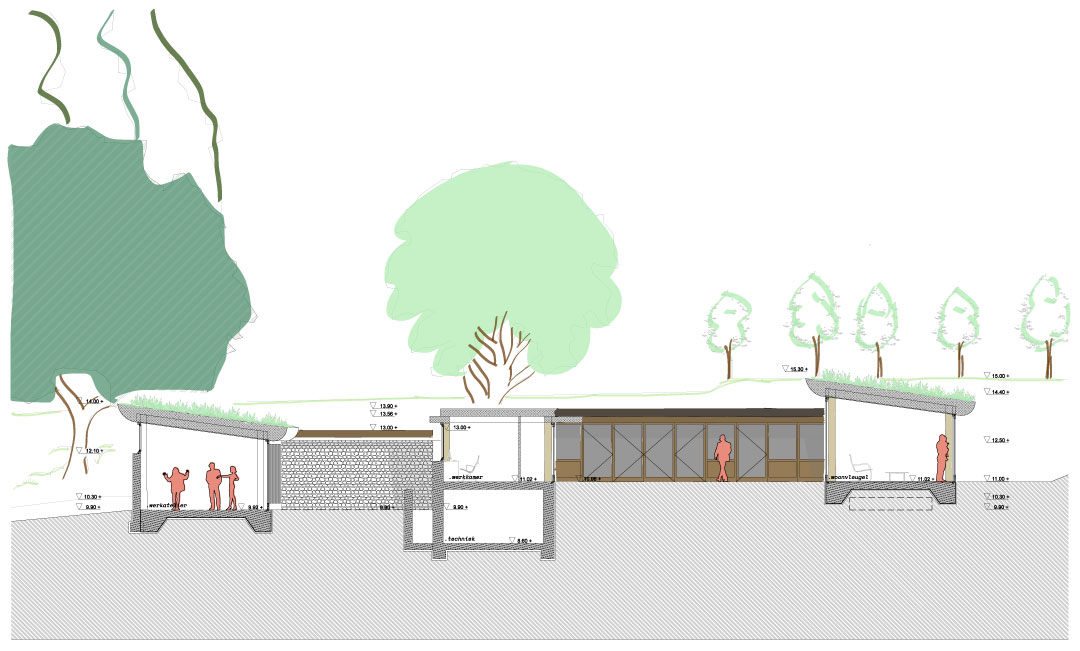