The book Writingplace: Investigations in Architecture and Literature marks a step forward in an emerging debate on literary means in architecture. It offers a series of reflections on written languageas a crucial element of architecture culture, and on the potential of usingliterary methods in architectural and urban research, education and design.

For everyone interested in the transdisciplinary encounters between architecture and literature, the book offers both theoretical contributions that address notions such as narrative and literary imagination, and contemporary explorations regarding the operability of literary approaches.

Exploring the interrelations between architecture and literature, this book brings together a series of reflections on written language as a key element of architectural culture and, more particularly, on the potential of using literary methods in architectural research and design. Writing and building are elemental human acts, intertwined at the roots of culture. Historical relations between architecture and literature can be traced back to Gilgamesh, and evince a remarkable sense of continuity through the work of authors as disparate as Francesc Eiximenis, Rogelio Salmona, Federico García Lorca, Aldo Rossi and William Gibson. Testing the relationship between both disciplines, these and many other authors have not only built a collective imaginaire, which both mirrors and feeds the built environment; they have also contributed specific discursive and formal knowledge to the architectural discipline.

The contributions collected in this volume are the outcome of the international conference Writingplace, Literary Methods in Architectural Research and Design, held in 2013 at the Faculty of Architecture of Delft University of Technology as a follow-up to the first conference on architecture and fiction Once Upon a Place: Haunted Houses Imaginary Cities, held at the Lisbon Faculty of Architecture in 2010.1 Both events are part of a host of like-minded initiatives that, over the past decade, addressed the links between disciplines.

With the present collection, we aim to encourage readers, creators, authors, architects, educators and students to think and enrich a place with their own interpretations of the spatial conditions they experience, share and design. As some of the authors in this book argue, we can see the whole conception process in architecture and urban planning as the shared narrations of life scenarios, through individual and collective spatial stories, continuously and endlessly retold and reinvented. Acknowledging the possibilities of literature as a field of research, able to explore architectural imaginations, Writingplace hopes to establish a common ground for international scholars, writers and architects, a common ground to further investigate the productive connections between architecture and literature, or a place to engage in writing. 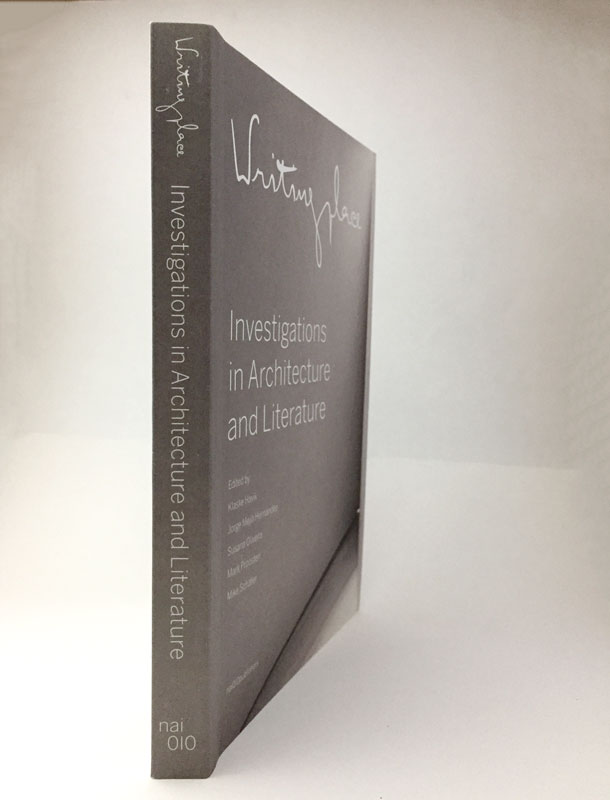 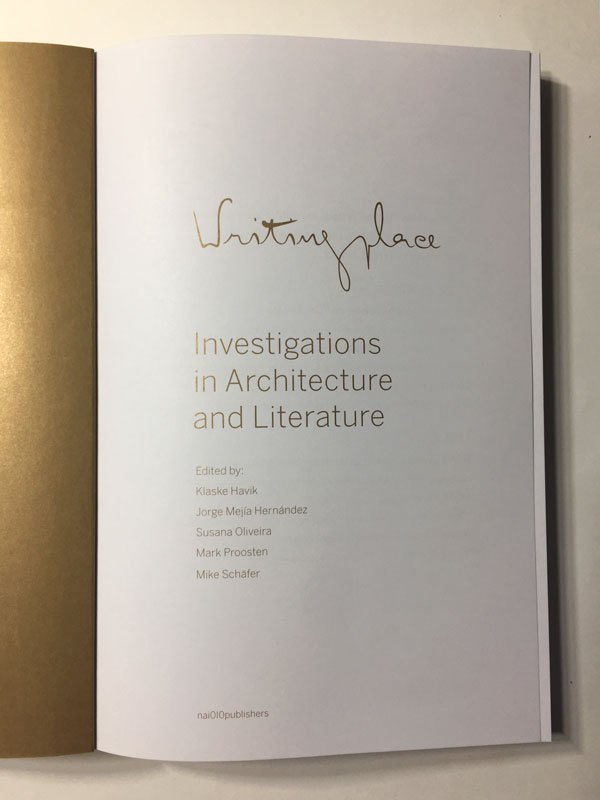 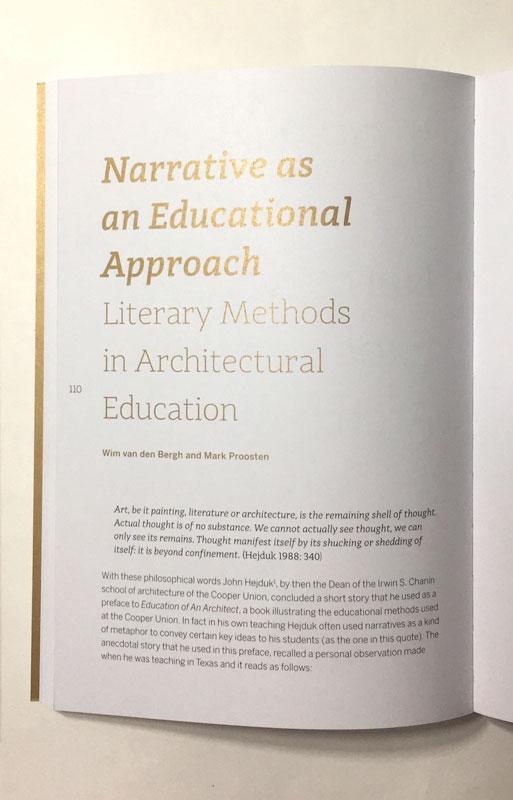 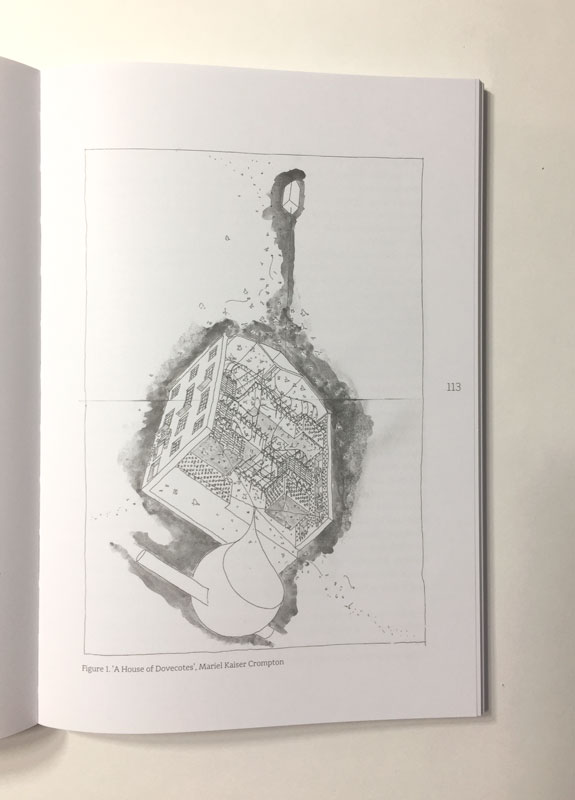 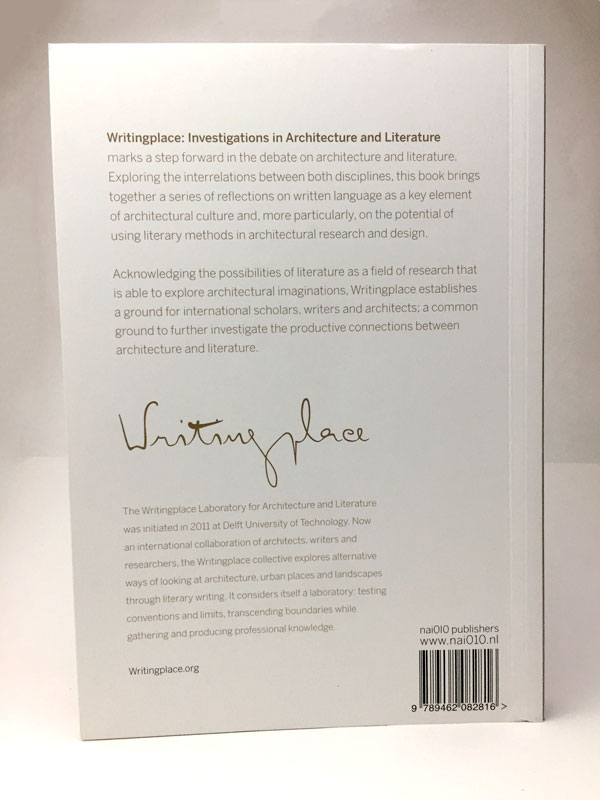